Foo Fighters are the second headliners announced for 2019’s edition of Glasgow Summer Sessions, as The Cure make their return to Scotland after 27 years, on 16th August 2019!

The 2019 edition of Glasgow Summer Sessions already looks bigger than ever, with The Cure and Foo Fighters set to ensure the Scottish festival season goes out with a bang.

MOGWAI + THE TWILIGHT SAD + THE JOY FORMIDABLE
The Cure’s appearance at Glasgow Summer Sessions is part of a very select and special run of headline spots at major festivals all over the world during 2019 to celebrate a career now entering its 5th decade.

Throughout this time The Cure have performed around 1,500 concerts, made 13 studio albums and more than 40 singles, and with new releases imminent, 2019’s line-up of frontman Robert Smith along with long-time band members Simon Gallup (Bass), Jason Cooper (Drums), Roger O’Donnell (Keyboard) and Reeves Gabrels (Guitar) are riding high.

Following a 27-year absence from the Scottish live scene, the band’s return is definitely one not to be missed!

Glasgow’s very own Mogwai will support The Cure for their Glasgow Summer Sessions date on 16th August, marking the four-piece’s return to their home city after their impressive show at The SSE Hydro in 2017. Fellow Scots The Twilight Sad, who have previously supported The Cure and even been named one of Robert Smith’s all time favourite bands, are also announced. Their upcoming fifth studio album is due in January 2019, meaning the Glasgow crowd can expect exciting new music from the ever-evolving band who are currently touring the USA to great acclaim. Welsh alt-rockers The Joy Formidable, who just last month released new album AAARTH, will open the show on 16th August and their set is also a must-see.

Foo Fighters, a band whose live shows are renowned around the world, will play Glasgow Summer Sessions for the first time ever, on Saturday 17th August. Following a run of stadium shows in England in 2018, Foo Fighters will make a welcome return to Scottish soil, ending a four year absence from the Scottish live scene.

Foo Fighters truly never fail to deliver an outstanding live set, showcasing over twenty years in the music industry as one of the premier rock bands of their generation. From classic anthems like ‘The Pretender’ and ‘Everlong’ to their latest rock-heavy releases ‘The Sky Is A Neighbourhood’ and ‘Run’, Foo Fighters have been keeping rock well and truly alive for over two decades, bringing spontaneity and enthusiasm to every show in sold out stadiums around the world.

The eleven-time Grammy Award winners will once again entertain the Glasgow crowd with hits bringing their euphoric, rock-fuelled set to Bellahouston Park for a Saturday night to remember.

TWIN ATLANTIC + YOU ME AT SIX + PALE WAVES + TEN TONNES
Cementing their position as one of Britain’s biggest and most exciting bands, The 1975 have released consecutive era-defining, chart-topping records since 2013 and show no signs of slowing down.

With a range of musical influences coming together to form their hybrid sound, The 1975 bring unparalleled lyrics and innovative pop to the table while curating live shows which truly reflect the band’s exceptionally unique style. With Matty Healy as their enigmatic frontman, the four-piece are due to release their highly anticipated third album A Brief Inquiry Into Online Relationships at the end of the month as well as announcing a fourth album due in 2019, Notes On A Conditional Form.

Selling out headline shows around the world, The 1975 will bring their incredible live show to Glasgow’s Bellahouston Park for Glasgow Summer Sessions 2019.

While we take every opportunity to ensure the details for Glasgow Summer Sessions are accurate, we always advise that you contact the event organiser before setting out for the event to avoid disapointment.

Other Events at Bellahouston Park 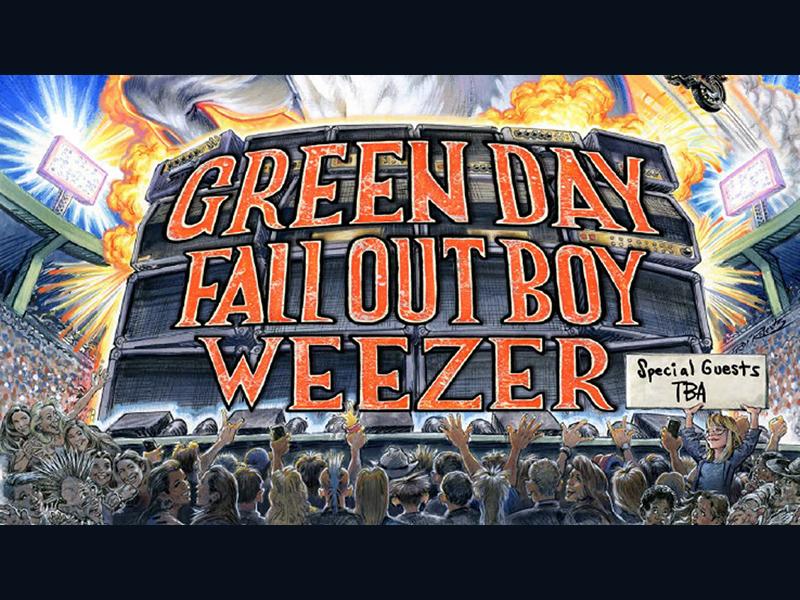