In Common is a creative project that focuses on the common ground between Scottish music, jazz, Indian music and electronica, catch it at The Merchants House of Glasgow in February! 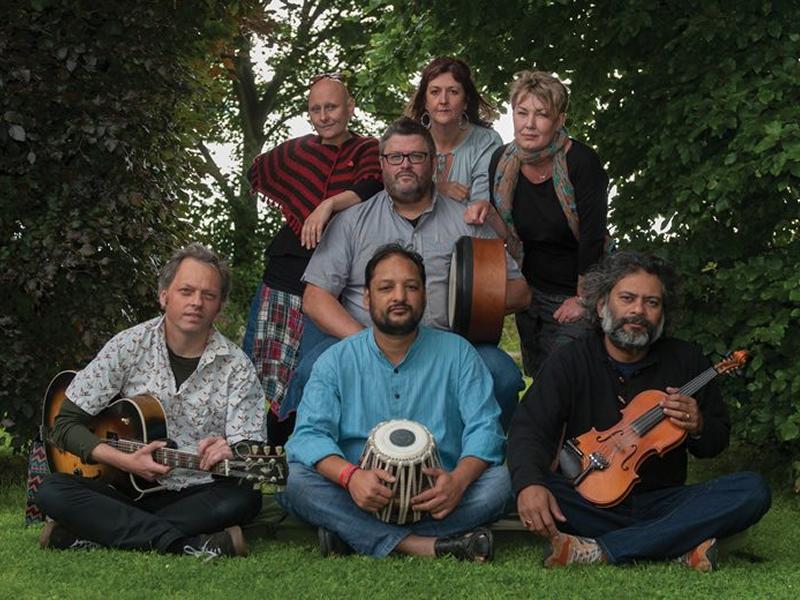 About Tom Bancroft’s In Common

This project, led by drummer Tom Bancroft, starts with the bodhran and the tabla and a drone, adds Indian Classical Violin and improvising jazz guitar, and continues adding layers and voices from different traditions, in a creative project that focuses on the common ground between Scottish music, jazz, Indian music and electronica.

It's unique music bringing together styles and influences, stripped to their core elements and combined to make something individual and personal. In Common’s debut album ‘Love & Stillness’ captures the essence of each style through showcasing the skills of a highly accomplished group of musicians, each of whom understands their respective disciplines to the highest degree.

In Common is the vision of drummer, composer and bandleader Tom Bancroft, previously head of Scottish jazz record company Caber Music. He has performed with musicians ranging from jazz musicians like Sun Ra & Geri Allen, folk musicians like Martyn Bennett & Aidan O’Rourke, through to genre-defying projects like Bill Wells and the Grit Orchestra. Added to composing music for jazz orchestra, live dance, multi-media, theatre and film, and studying music in Africa and India - Bancroft’s varied career makes him one of the few people with the necessary experience to put together a project of this nature and make it work so well.

Having impressed audiences and critics alike with his previous work with Trio Red, described in a 4* review by The Guardian as “riveting...complex, twisting, percussion- powered episodes...a shot-in-the dark venture that turned into a world-class trio in a week” and by The Telegraph as “a gamble that has paid off...the interplay between musicians...has a miraculous ease and the musical range is wide”, Tom Bancroft returns with a venture that is just as daring and even more intriguing. The two vocalists in the group and the band leader are members of the Pathhead Music Collective: a group of fifteen professional musicians living in a small Midlothian ex-mining village, in which Bancroft curates a series of experimental concerts with Lau’s Martin Green (another resident).

The group also features the skills of one of India’s most dynamic musicians - Delhi based violinist Sharat Chandra Srivastava and his long-term musical partner Gyan Singh on tabla, both from the North Indian Classical tradition. Srivastava and Singh are true virtuosi of their tradition as well as very experienced at collaborating with musicians around the world. Live they bring fantastic energy to the band’s shows.

The line up is completed by guitarist Graeme Stephen - one of the leading creative forces in Scottish jazz and Bancroft’s long term musical partner. Each player provides their own unique contribution to the ensemble, minimising all surface features and focusing on the key musical components that they universally share – namely drone, groove and rhythm, collective and individual improvisation, melodies and scales / raags and rhythmic vocal patterns. The result is unprecedented: the sound of an inimitable ensemble performing truly unique music.

While we take every opportunity to ensure the details for Tom Bancroft’s In Common are accurate, we always advise that you contact the event organiser before setting out for the event to avoid disapointment. All information (whether in text or photographs) is given in good faith but should not be relied upon as being a statement of representation or fact.

Other Events at The Merchants House of Glasgow

Enjoy shopping with a handmade twist at the regular Nice Market in the Merchants House of Glasgow!
Read more

The Piping Live! Online Festival will showcase the same world-class musical talent, with an international flavour, that audiences have come to expect from the annual festival!
Read more

Marc Almond has announced his first UK tour in nearly two years, which includes a night at Glasgow Royal Concert Hall, as he plays old favourites and songs from his new album Chaos And A Dancing Star!