Reimagined and redesigned by Scottish Ballet, the dramatic world premiere of The Scandal at Mayerling will be the first time MacMillan's iconic ballet is produced in the UK outside of London! 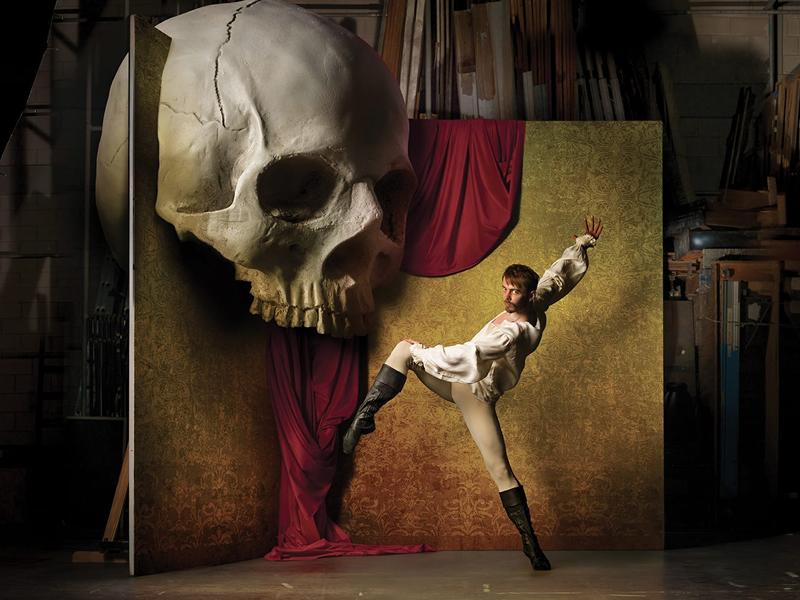 About Scottish Ballet - The Scandal at Mayerling

The year is 1889 and, in the woods outside Vienna, the Empire must hide a terrible secret. At the royal Mayerling hunting lodge, Crown Prince Rudolf is found shot dead alongside his teenage mistress.

We rewind the clock to watch this desperate young man, the heir to the throne, plunge into his own paranoia. Trapped by the stifling opulence of the Habsburg court, Rudolf’s mental turmoil envelops all those around him. In a series of increasingly intense duets with his mother, his wife, and his mistress, Mary, Rudolf descends deeper into his obsession with death, and hurtles towards tragedy.

Rudolf’s morbid fascination, sexual appetite and ultimate violence make this real-life anti-hero as compelling as Hamlet, while Sir Kenneth MacMillan’s breathtaking choreography takes us on a physical and emotional roller coaster. The sweeping intensity of the ballet is matched by the sumptuous music of Franz Liszt, performed live by the Scottish Ballet Orchestra.

Reimagined and redesigned by Scottish Ballet, this dramatic world premiere will be the first time MacMillan’s iconic ballet is produced in the UK outside of London.

Join Grayson Perry as he asks, and possibly answers, the big questions in an evening sure to distract you from the very meaninglessness of life in the way only a man in a dress can!
Read more

Over 7 million people have lived to tell the tale of one of the most chilling and successful theatre events ever staged, make sure you're one of them when The Woman In Black returns to Glasgow!
Read more

The Cat and the Canary

The Classic Thriller Theatre Company presents a new adaptation of the murderous mystery, which inspired three classic movies, The Cat and the Canary at the Theatre Royal Glasgow!
Read more

The Magic of The Beatles is one of the UK's leading Beatles tribute shows who play to ecstatic sell-out audiences all over the world, catch them at the Theatre Royal Glasgow on 26th September!
Read more

For the first time ever Chris and Rosie Ramsey are bringing their smash hit podcast, Shagged. Married. Annoyed., live to venues in 2021... catch them at the Theatre Royal Glasgow in September!
Read more

Award winning comedian Adam Kay shares entries from his diaries as a junior doctor in this evening of unmissable stand-up and music at the Theatre Royal Glasgow!
Read more

Following on from the success of their 'Summer Nights at the Bandstand' show, Hue and Cry have announced that they will play Glasgow's legendary Theatre Royal in October!
Read more

Multi award-winning Mischief Theatre return on tour with Groan Ups, their brand new comedy all about growing up, catch it at the Theatre Royal Glasgow in October!
Read more

Get your summer off to a fun start, meet people and keep fit at the same time with these new Cuban Salsa classes from HT Dance!
Read more