Celebrate the end of the week with the Grand Finale performance of Chopin from Warren Mailley-Smith, complete with a complimentary champagne reception! 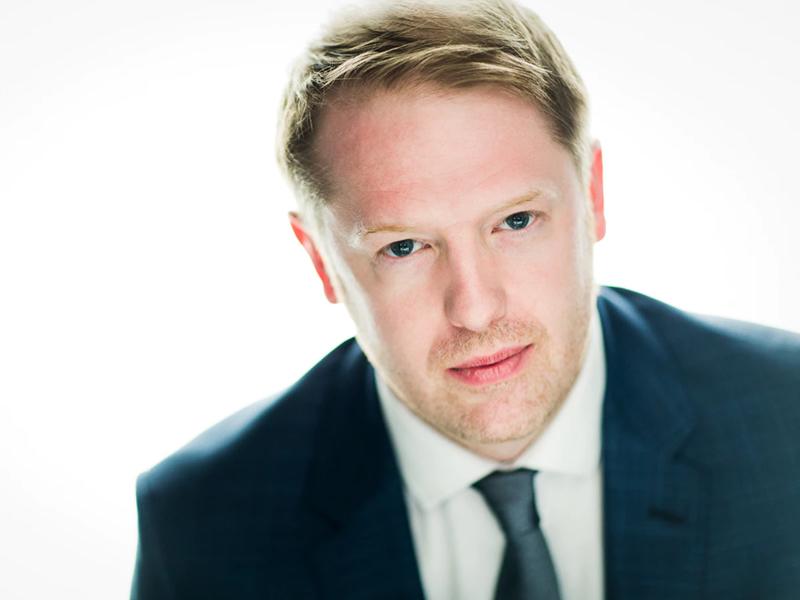 Warren Mailley-Smith recently became the first British pianist to perform Chopin’s complete works for solo piano from memory in a series of 11 recitals at St John’s Smith Square. Hailed by the critics as an “epic achievement”, Mailley-Smith will repeat the series across the UK in 2020.

He has given acclaimed solo recitals at The Wigmore Hall, Carnegie Hall and has performed for the British Royal Family on numerous occasions. One of the busiest concert pianists of his generation, he will give over 100 solo performances in 2020.

His career has taken him all over the world, with solo performances in Australia, Europe and most recently solo tours in China and the USA. He is a popular soloist on the London concert scene and performs regularly in music societies, festivals, schools and concert halls throughout the UK and abroad and as guest artist on several of the world’s most famous cruise liners.

He has 30 piano concertos in his repertoire, having made his concerto debut with the Royal Philharmonic Orchestra.

Warren’s growing discography has made an impact on critics, broadcasters and the public alike. His recordings have been featured by Classic FM as CD of the Week and his recordings are featured regularly on Classic FM and the BBC. He is currently recording the complete works of Chopin over a 3-year period for a 14-disc set for Sleeveless Records.

Warren studied with some of the world’s leading pedagogues, including Peter Feuchtwanger, Ronald Smith and John Barstow at The Royal College of Music. He is now in demand himself as teacher in both masterclasses and private lessons. He teaches at Royal College of Music Junior Department and tutors on a number of residential piano courses, including Pro Corda, Piano Week, Pianissimi and Finchcocks, in addition to giving masterclasses and adjudications throughout the UK and further afield.

“Tall and talented, Warren Mailley-Smith is the embodiment of a modern romantic concert pianist…” – Musical Opinion

While we take every opportunity to ensure the details for Chopin & Champagne by Candlelight Grand Finale: 12 Etudes Op 25 - CANCELLED are accurate, we always advise that you contact the event organiser before setting out for the event to avoid disapointment. All information (whether in text or photographs) is given in good faith but should not be relied upon as being a statement of representation or fact.

Other Events at The Merchants House of Glasgow

Enjoy shopping with a handmade twist at the regular Nice Market in the Merchants House of Glasgow!
Read more

Enjoy astonishing interactive entertainment from some of the world's most outlandish performance makers, right in your living room as Surge Festival in partnership with Glasgow Life goes online!
Read more

The team behind Kelburn Garden Party invite you to join them online on Saturday 4th July for their inaugural Kelburn House Party!
Read more

Come and singalong to your favourite songs from the hit musical Grease at The Britannia Panopticon Music Hall on July 11th!
Read more

Join Claire Gullan for a two-day, mixed instrument summer workshop and learn the know-how on How To... Ceilidh!
Read more

Pop superstars Little Mix have announced huge outdoor shows across the UK, including a night at Ayr Racecourse on July 25th!
Read more

SWG3's Galvanizers Yard is set to be transformed into a massive outdoor food and drink venue every Thursday to Sunday!