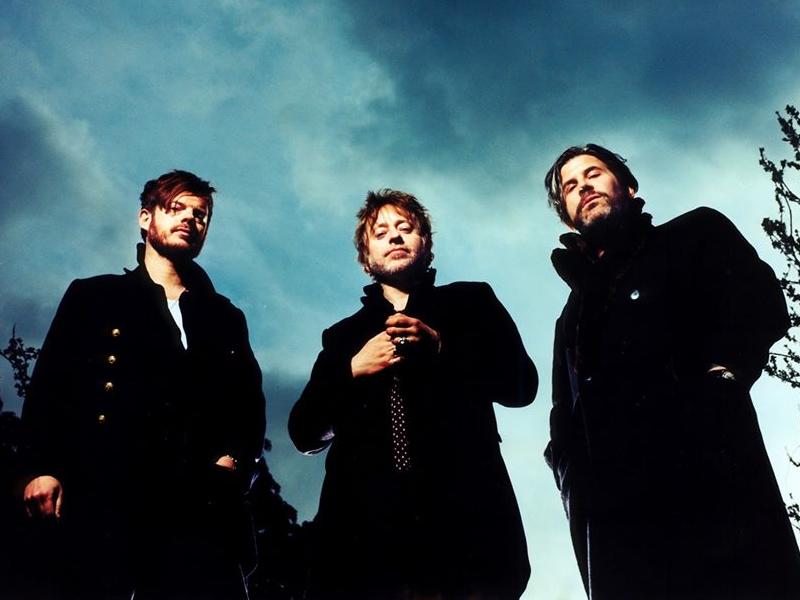 Loup GarouX have had to reschedule and will now take place on Tuesday 8 December at Stereo Glasgow. (Please note venue change)

Featuring the Mercury Prize-nominated solo artist and producer Ed Harcourt, Richard Jones of The Feeling, and Gorillaz / Senseless Things drummer Cass Browne, newcomers Loup GarouX share their official debut single ‘I Know The Truth About You’, together with its official video. The single has today been premiered by Matt Everitt at 6 Music.

‘I Know The Truth About You’ is a strutting, swaggering cocktail of garage-rock sleaze and powerful, stoner rock grooves. There’s some Queens of the Stone Age flavour in there with some Arctic Monkeys panache and the epic romanticism of Mercury Rev, but Loup GarouX possess an impossible-to-pigeonhole mesh of influences which makes them very much their own ominous beast.

“I love that there’s a loucheness to the sound and that it feels quite nonchalant,” says Harcourt. “It’s got to have that swagger. Even in its darkness, it’s still got to make you move.”

Loup GarouX have already made an impression with two introductory tracks. The foreboding “post-existentialist blues” of ‘Sleep Forever’ saw them hailed by NME as a new supergroup after it featured as the theme track to the ITV2 zombie apocalypse comedy ‘Zomboat’. They then released ‘Painter of Trophies’ on 7” vinyl, a nightmarish rush of visceral

Birthday Party-style goth punk and the frenetic intensity of ...And You Will Know Us By The Trail of Dead. The track was earned airplay courtesy of Radio 1’s Rock Show with Daniel P Carter.

Dig deeper into their material and you’ll hear echoes of everything from The Stooges to Sonic Youth to Scott Walker and Springsteen, set to lyrics which explore ideas ranging from demonic Victorian-era spirits to obsessive fever dreams.

Loup GarouX formed entirely by chance. All three members have been friends for years, collaborating on all manner of projects and sometimes touring together too. Harcourt even remembers going to see Browne play in the Senseless Things when he was a teenager. After Harcourt returned from a North American tour with The Afghan Whigs and Built To Spill, Jones paid him a visit which resulted in them jamming in Harcourt’s studio the Wolf Cabin.

The finer details of how the band came to be are already lost to memory, but that kind of unspoken black magic is entirely fitting for their vibe. What’s unmistakably true, however, is that the trio joined forces at a time when they were all eager to do something different from their long-term projects. Exploring fresh ideas, sounds and influences was the precise catharsis that they needed, and that energy radiates throughout everything that Loup GarouX do.

While we take every opportunity to ensure the details for Loup GarouX - CANCELLED are accurate, we always advise that you contact the event organiser before setting out for the event to avoid disapointment. All information (whether in text or photographs) is given in good faith but should not be relied upon as being a statement of representation or fact.

Her voice, powerful, rhythmic, but also fragile and sensitive, leads into a bewitching universe... don't miss Pongo when she returns to Stereo Glasgow on Monday 19th April 2021!
Read more

Touring has been the backbone of Oklahoma's finest rock 'n' rollers Red City Radio and they're back in the UK in Spring 2021, catch them at Stereo Glasgow on May 5th!
Read more 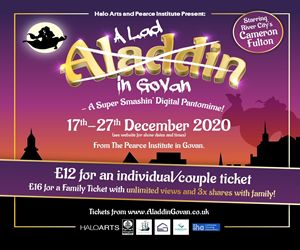 This year, major attractions have been cancelled but Christmas has not and Santa is busy and so are his little elves planning a safe socially distanced experience for you and your family!

Christmas isn't cancelled this year, just very different... you might not be able to visit Santa’s Grotto but Santa can come to you thanks to the team at Bounce & Party Glasgow!