British post-punks Squid are set to hit the road in 2021, don't miss them perform live at SWG3 Glasgow on 28th September! 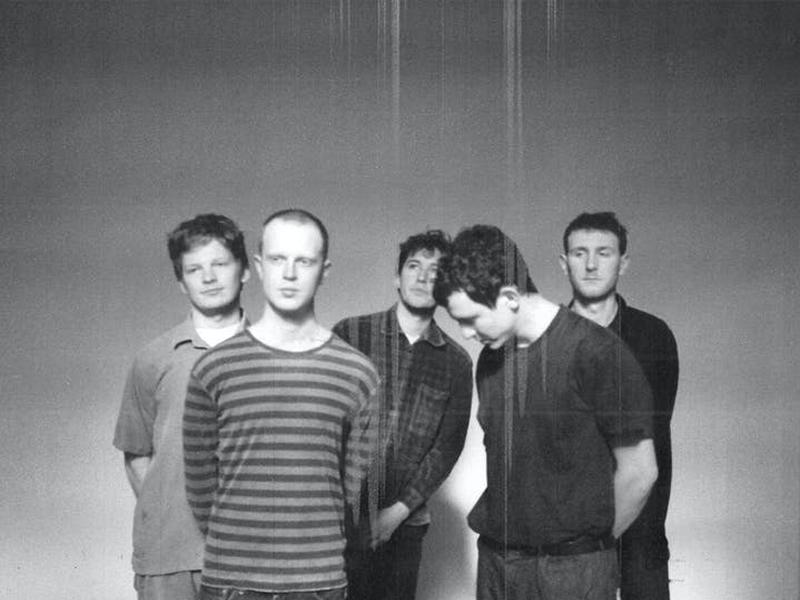 Comprising vocalist and drummer Ollie Judge, vocalist and guitarist Louis Borlase, guitarist Anton Pearson, bassist Laurie Nankivell and keyboardist Arthur Leadbetter, Squid began honing their atypically angular post-punk whilst studying at university in Brighton. Their first live performance saw them respond to a call for a "young person's jazz night", eventually partnering the freeform nature of the genre with experimental and energetic punk. Following the self-release of their atmospheric debut Perfect Teeth and 2017's Lino EP, Squid signed to Speedy Wunderground for the boisterous The Dial in 2018.

Describing their sound as "the Coronation Street theme tune played on flutes by angry children", Squid spent much of 2019 on the road, performing across the UK and Europe and making appearances at Green Man, Knee Deep and End Of The Road festivals. The band's Town Centre EP followed towards the end of the year, again through Speedy Wunderground – home of fellow experimental music makers black midi and Kate Tempest.

Shortlisted for the BBC's Sound Of 2020, curated by tastemakers across the country, Squid followed Town Centre with new tracks Sludge and Broadcaster, released through Warp Records. The band also unveiled cover versions of Robert Wyatt’s Pigs (In There) and Steve Reich’s Clapping Music, both raising funds for a Bristol food bank charity.

In mid 2020, Squid announced headline shows taking place throughout 2021 in support of new material, including rescheduled headline dates in January 2021 and a new run from March until May of the same year.