Queen Margaret Union is home to the COP26 Youth Hub offering young people the opportunity to get together and learn, socialise, organise and to spur future action on the climate emergency! 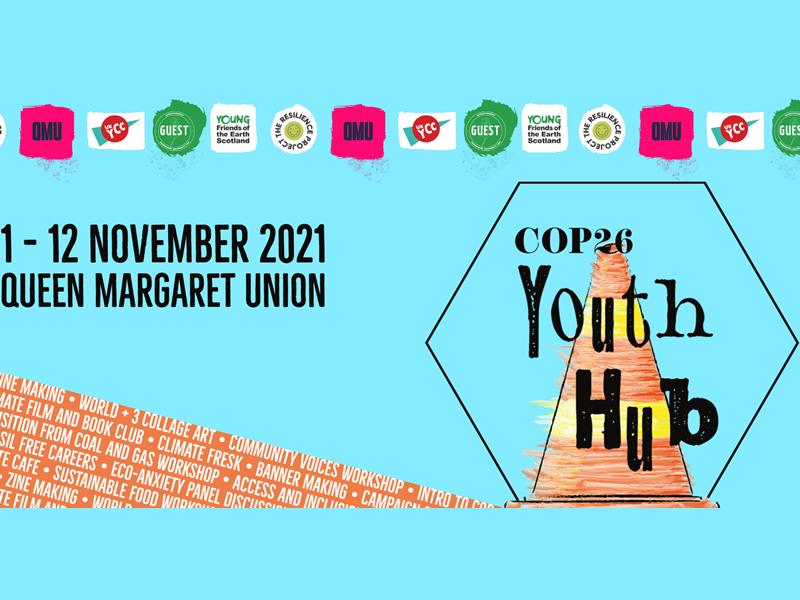 Here at Youth Hub, we believe that COP26 has the potential to be about so much more than the official negotiations taking place at the SSE Hydro. We want COP to be an opportunity for young people to get together and learn, socialise and organise, all while using the momentum from COP to spur future action on the climate emergency.
That’s why we created the Youth Hub!

The Youth Hub will be a space for workshops and skill sharing, but also for rest and relaxation during a time when climate burnout, fatigue and anxiety are likely to be rife. Attendees can expect workshops on campaign skills, climate change and mental health, jargon busting and more. These events will be run partly by the host organisations, Glasgow University Environmental Sustainability Team (GUEST), Young Friends of the Earth Scotland (YFOES), the UK Youth Climate Coalition (UKYCC), The Resilience Project, and partly by guest speakers.

We’ll also be running a full roster of online events for activists across the world. Some of these will be workshops, and others will be social events.

Please note that the Youth Hub is aimed at the young people of Glasgow and visiting activists within the 16 to 30 age range.

Other Events at Queen Margaret Union

After a sell out show at SWG3 Glasgow in October, The Reytons are heading back to Glasgow with a gig at the QMU on 12th February!
Read more

American sister duo Aly & AJ will bring their 'A Touch of The Beat' tour to the QMU Glasgow on 26th February!
Read more

The Ninth Wave will bring their 'Heavy Like A Headache' tour to Glasgow's QMU on 19th March!
Read more

Dinosaur Jr. have announced a new UK tour in celebration of their latest album 'Sweep It Into Space', catch them live at the QMU Glasgow on 31st March!
Read more

West Country rockers Reef have announced the 'Shoot Me Your Ace' UK Tour for spring 2022, which will stop off at the QMU Glasgow on Friday 8th April!
Read more

Vancouver based indie-pop outfit Peach Pit bring their From 2 to 3 Tour to the UK in 2022, catch them live at the QMU on 11th May!
Read more

The Beat are back to celebrate the anniversary of their jaw dropping debut album, I Just Can't Stop, catch them at Queen Margaret Union on Saturday 25th June!
Read more

BADBADNOTGOOD are bringing their 'Talk Memory' tour to Glasgow's QMU in December in support of their new album!
Read more 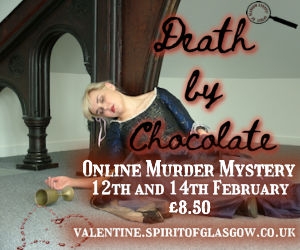