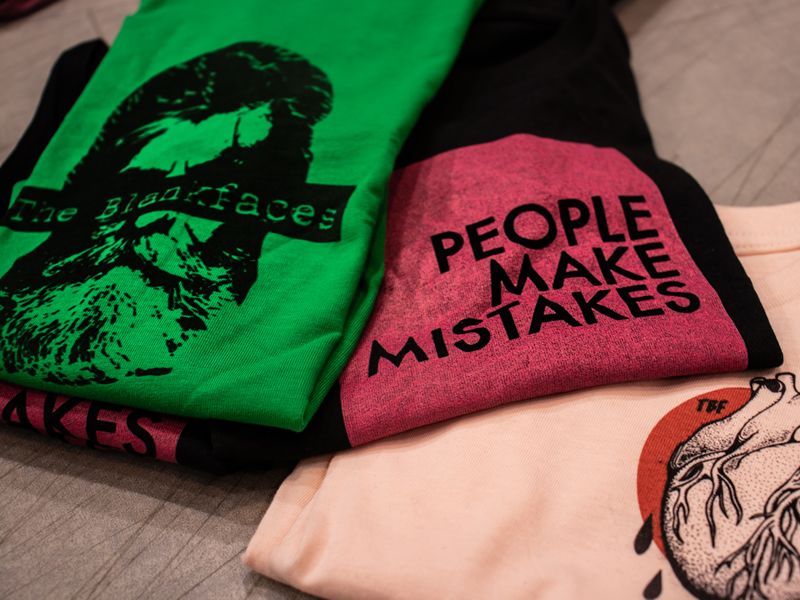 The Blankfaces work with the homeless community on their stories and designs, which then feature on their garments and they’re giving a 13% discount on all purchases in exchange for 4 items of food or toiletries donated in-store. These crucial donations will then be donated to Carntyne foodbank.

The streetwear range which is designed by people from Glasgow’s homeless communities features accessories, hats, bags, face masks, t-shirts, sweatshirts, handmade jackets, and kids wear. Each designer receives a percentage of each product sold and the profits go to the homeless community organisations they partner.

Gerard McKenzie Govan, The Blankfaces Founder and CEO said: “Our brand has always had the welfare and empowerment of the homeless community at the heart of our strategy. We will continue to support, manufacture and market their creative work through our store, but in the lead-up to Christmas it is important to provide the essentials.

“We know Glaswegians are big hearted, so we want to give them and our creatives a win-win this festive season. Their Christmas shopping can create a Christmas meal and support those most in need with the things many of us take for granted and we’re proud to be supporting the city’s homeless and vulnerable.”

John Lyons from Carntyne Credit Union Foodbank said: “We started the non-referral foodbank over 11 years ago and we cover the whole of Glasgow as far out as Bellshill.

It’s the support we receive from various organisations that allows us to continue this much needed service, groups such The Blankfaces, The Invisibles, Spirit Aid and many more and the whole service is run by a group of dedicated volunteers who give up their time 7 days a week from 09.30 till 15.30.”

Sourced from ethical and sustainable manufacturers, the team use organic and vegan materials and the design process involves The Blankfaces hosting creative classes in shelters across Glasgow.

The Blankfaces work with a growing number of partners which include Marie Trust, City Mission, Simon Community, Y People, EY Foundation and The Big Issue. With locations in Glasgow’s Buchanan Galleries and in the city’s west end, both stores will have dedicated drop-off points for donations.