The King's Theatre, Glasgow is thrilled to announce that Darren Brownlie and Blythe Jandoo will star in this year's belter of a panto, Beauty and the Beast! 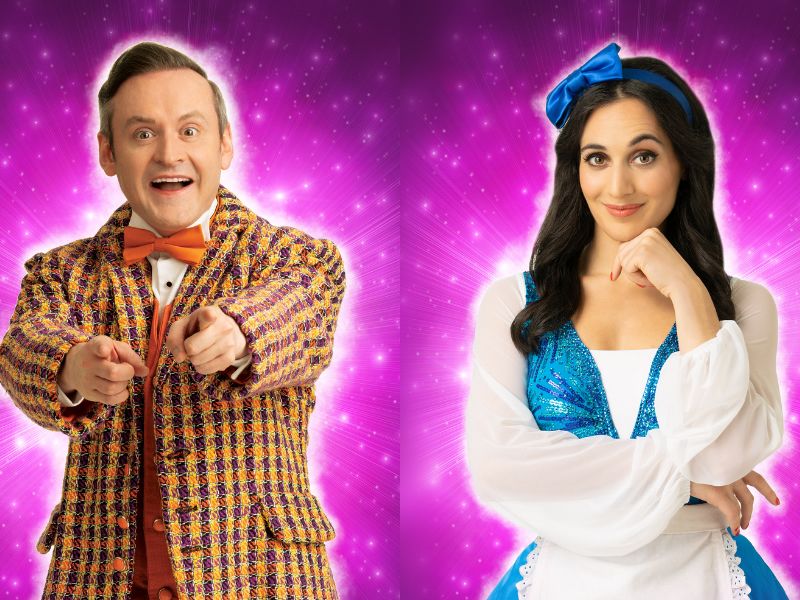 The Scottish performers take to the stage from Saturday 26 November for five weeks only to join King’s panto veterans Elaine C Smith and Johnny Mac in what is guaranteed to be a spellbinding spectacle filled with laughs, boos and hisses.

Darren returns to The King’s by popular demand following his debut in last year’s panto, Sleeping Beauty as the happy-go-lucky and hilarious Dandini. This year, he’ll play Belle’s genius brother Dougal while Blythe joins the cast as Belle having previously played Princess Jasmine in Aladdin at SEC Armadillo.

Blythe is currently performing at Pitlochry Festival Theatre in productions of Sunshine on Leith, Around the World in 80 Days and The Maggie Wall. Her previous theatre credits include performances at The London Coliseum, The London Palladium and The Royal Albert Hall.

Beauty and the Beast follows the beautiful Belle who finds herself transported to a cursed castle and held captive by a hideous beast. To her surprise, the castle is full of magical characters placed under a spell by an evil enchantress. Can Belle see beyond the monster and fall in love with her captor before the last petal falls from the enchanted rose? Or will the Beast’s selfishness cost him the world he once knew and the hand of the girl who has melted his heart?

The King’s Theatre Pantomime has been produced by Crossroads Entertainment, the world’s biggest pantomime producer, since 2017 with Elaine C Smith and Johnny Mac anchors in creating the festive magic.

James Haworth, Theatre Director at The King’s, said: “I’m really excited to welcome Darren back to The King's and I give a warm welcome to Blythe who joins us for the first time. Those who saw last year’s panto will already know what a delight Elaine, Johnny and Darren are on stage. I also look forward to welcoming back our regular audience members and saying hello to those who are coming along for the first time.”

Beauty and the Beast comes to The King’s Theatre, Glasgow for 5 weeks only from 26 November. Tickets are on sale now from £13. To book visit atgtickets.com

A Relaxed Performance will take be staged on Wednesday 14 December at 1pm. This performance welcomes anyone who would like to see the panto in a less formal atmosphere. The adapted environment and our attentive and trained staff will provide a magical experience for all, including audiences with an autism spectrum condition, dementia and people with a learning disability.