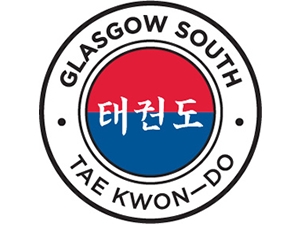 About Glasgow South Tae Kwon Do

Tae Kwon-Do can improve your child's confidence, co-ordination, concentration, fitness and discipline as well as being a fun activity taught in the safest environment possible.
All ages and abilities are very welcome.
Free Trial Lessons, Family Discounts and Special Offers are available.

Glasgow South Tae Kwon-Do is part of the Tae Kwon-Do Association of Great Britain which is one of the largest single style martial arts organisations in Europe. Instructors are Disclosure Scotland PVG cleared, Fully Insured and First Aid trained and undergo a structured Instructor Training programme prior to teaching at a club.

The Instructors at Glasgow South Tae Kwon-Do are 5th Dan and 3rd Dan black belts with over 40 years of combined Martial Arts training between them.

We aim to teach kids to become more alert to the environment around them, become more aware of strangers and to identify bullying and strategies to deal with it.

Please contact us by email at glasgowsouthtkd@yahoo.co.uk or phone 07462900217 or even pop in for a chat and we will do our best to answer your questions.

Our classes take place on Monday and Wednesday evenings from 6.30pm to 7.30pm in the gym hall of the P.E block of Hillpark Secondary School, Mansewood Road entrance, Glasgow G43 2XA.

All ages and abilities are welcome.

Pollokshaws West railway station is nearby and the hall is well served by buses. There is a car park and on street parking outside the hall.

Parents/guardians are welcome to stay in the hall and watch classes if they want and can even join in as well!

All information (whether in text or photographs) is supplied in good faith but should not be relied upon as being a statement of representation or fact. We take every opportunity to ensure the details for Glasgow South Tae Kwon Do are accurate, please contact us at hello[@]whatsonnetwork.co.uk if any of the above information is incorrect.

Kyudo is a traditional Japanese discipline that uses the performance of shooting a bow and arrow as a means of cultivating the character.
Read more

All ages and abilities welcome, classes for children and adults, come and learn taekwondo in a safe and fun environment with Phoenix Taekwondo!
Read more

Capoeira is a Brazilian martial art rich in culture, which combines kicks and acrobatic movements to music and song to form a playful fight/game.
Read more

Pro Judo is a Judo Scotland affiliated club and was founded in 2000 by Brian Long, in that time it has developed into the largest judo club in Glasgow and the West Coast of Scotland.
Read more

Founded towards the end of 2005, the Griphouse offers a training venue for all; especially martial artists and combat sports enthusiasts!
Read more

Wing Tsjun Scotland is a registered sports charity that provides self defence courses for all ages through the means of a traditional Chinese martial art called Wing Tsjun.
Read more

Glasgow Karate-do Shoto Association was formed in 1992 and is independent of any other martial arts organisation.
Read more