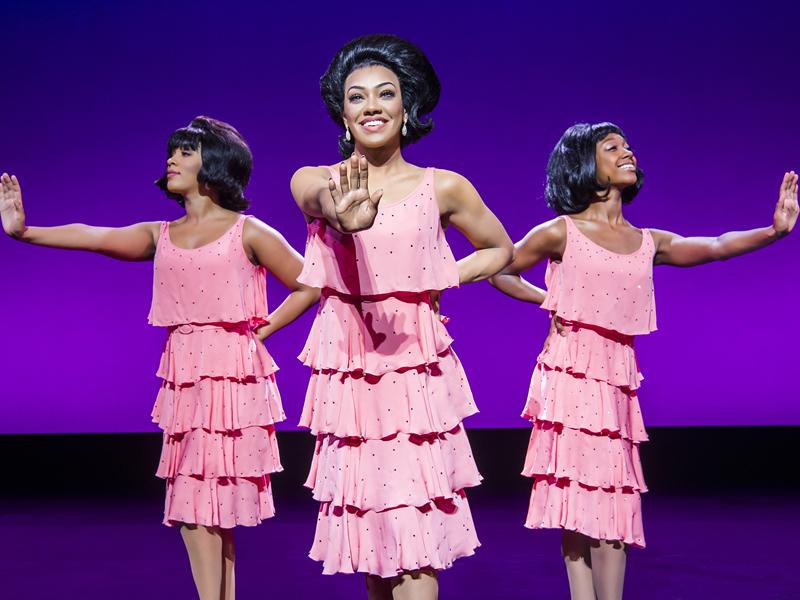 MOTOWN THE MUSICAL will run for three weeks at the King's Theatre in Glasgow from Tuesday 29 October until Saturday 16 November!

With music and lyrics from the Motown catalogue and book by Motown founder Berry Gordy, Charles Randolph-Wright’s production features a live orchestra playing 50 Motown tracks including Ain’t No Mountain High Enough, I’ll Be There, Dancing In The Street, Stop! In The Name Of Love, My Girl, I Heard It through the Grapevine and tells the story behind the classic hits.

Creative consultant, Michael Lovesmith said: “The UK has kept Motown alive and is one of the reasons why Motown is still so successful and loved today. The vibe here is fantastic, audiences are screaming and cheering and it’s incredible, it’s like being back in one of the shows from the 70s. We are so lucky to be able to continue sharing this incredible music today.”

Berry Gordy founded the Motown label in 1959 and the production tells the story of how with just $800 borrowed from his family he went from a featherweight boxer to heavyweight music mogul, discovering and launching the careers of Diana Ross, Michael Jackson, Stevie Wonder, Smokey Robinson, Marvin Gaye and many more.

Charles Randolph-Wright said: “When Motown started in 1959, many cities had solo singers, a girl group, a guy group, and a kids group, but as Smokey Robinson often says, "The difference is that Detroit had Berry Gordy". As we have seen every night with audiences at Motown the Musical, they still love this music 60 years on. I love that the show appeals to every age - each audience member finds some aspect of this show that resonates with them. The show is infectious, and the UK truly knows and loves this music. It’s in the UK DNA. Motown continues to be more than a record label and a show, it’s a movement, and I am thrilled that this movement is traveling all over.”

The cast for the UK and Ireland tour includes Edward Baruwa who plays the leading role of ‘Berry Gordy’, Karis Anderson as ‘Diana Ross’, Nathan Lewis as ‘Smokey Robinson’ and Shak Gabbidon-Williams as ‘Marvin Gaye’.

You can catch Motown the Musical at the King's Theatre Glasgow between Tuesday 29th October and Saturday 16th November.