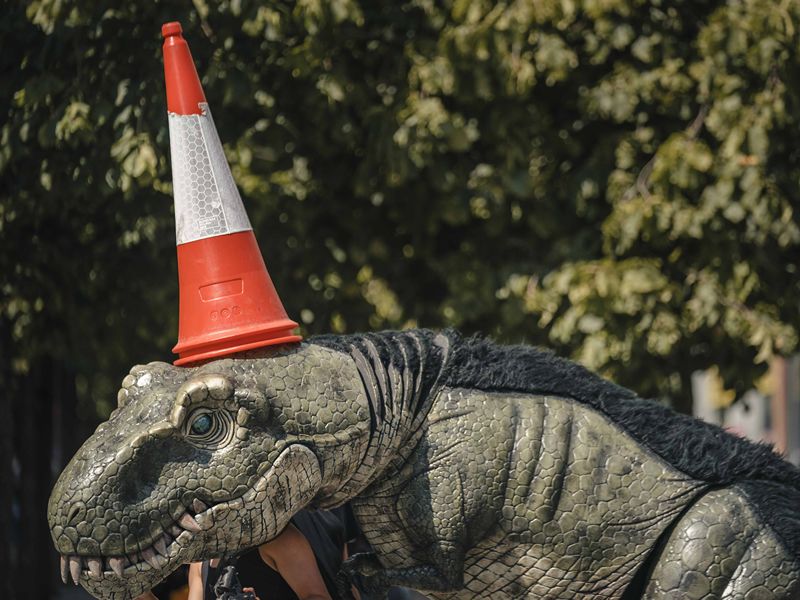 Shoppers were stopped in their tracks this afternoon as the creature took to the streets of Glasgow to scare and surprise adults and children alike. The dinosaur was in the city to celebrate Dinosaur World Live coming to the Theatre Royal, Glasgow from Thursday 25 - Saturday 27 August 2022. 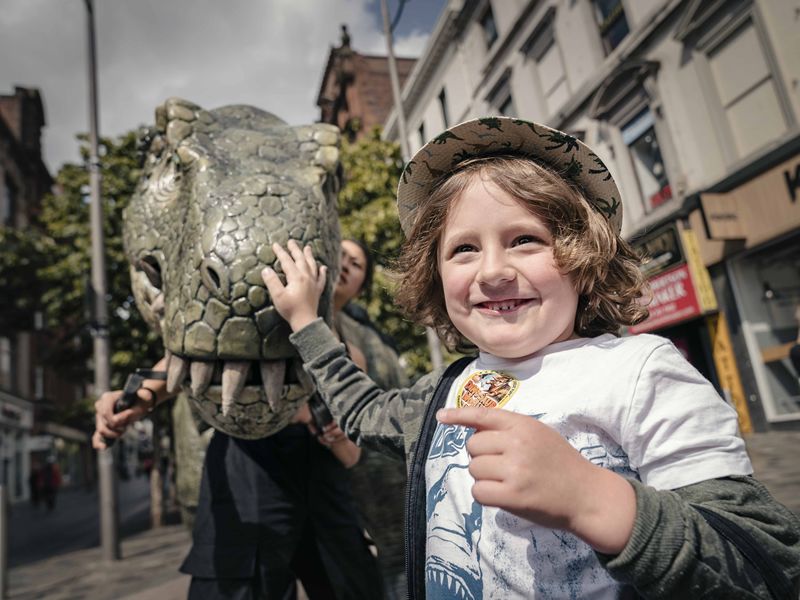 Using stunning puppetry to bring remarkably life-like dinosaurs to the stage, Dinosaur World Live presents a host of impressive pre-historic creatures including every child’s favourite flesh-eating giant, the Tyrannosaurus Rex, along with a Giraffatitan, Microraptor, Segnosaurus and Triceratops.
The show introduces Miranda, daughter of palaeontologists, who grew up surrounded by dinosaurs on a far-away island off the coast of South America. She has brought her pre-historic pals to our shores and would love you to meet them. Warning: some of these dinosaurs aren’t as docile as they seem! 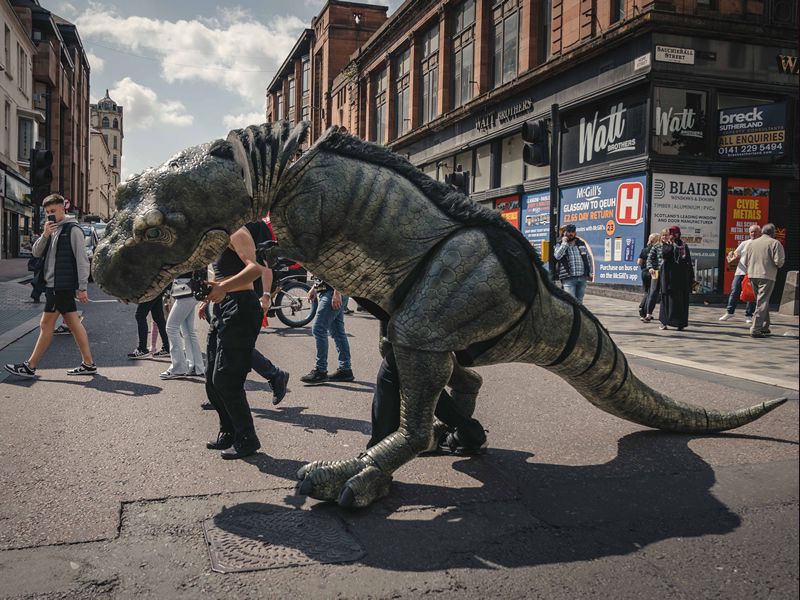 Dinosaur World Live has fast become an international smash hit, following a hugely successful tour of the United States in 2019 visiting 35 cities across 19 states, three major UK tours and London seasons at Regent’s Park Open-Air Theatre and Troubadour Wembley Park Theatre, a Drive In season during the lockdown summer of 2020, and a ROARSOME festival summer season in Coventry and London in August 2021! 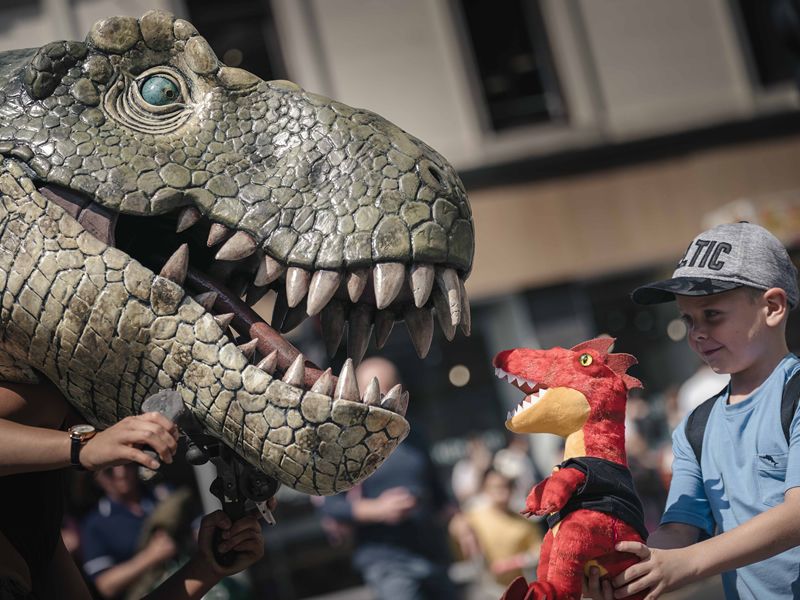 Grab your tickets now for a dino-mite adventure, coming to Glasgow in August!