One of the most innovative youth film festivals in Europe, Glasgow Youth Film Festival (GYFF) will return for its 13th edition from 17th - 19th September 2021! 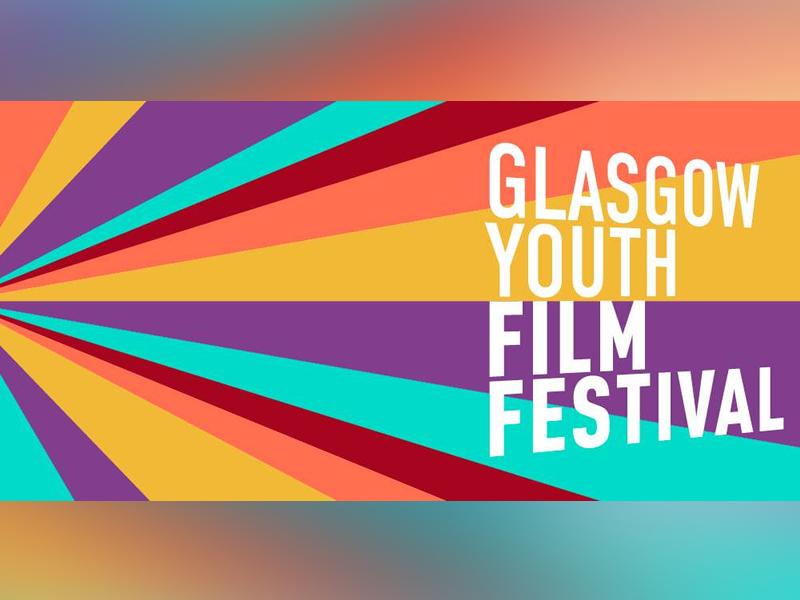 Each year, the festival is co-programmed by Glasgow Film and GYFF Young Programmers aged 15 to 19, who are mentored through a summer school. The programme annually presents an outstanding range of international films, special guest appearances, free-to-attend creative workshops for young people, and in 2019 launched our Careers in Film Day curated especially for S4-S6 pupils across Scotland.

OPENING GALA - SWEETHEART
Preview Screening
N/C15+
Friday 17 September (17.45)
Whilst on a forced family holiday in Dorset, 17-year-old AJ – April to her mum – falls for lifeguard Isla. A comingof-age LGBTQ+ story with heart from first-time feature filmmaker Marley Morrison, and winner of the Audience Award at Glasgow Film Festival 2021. (Molly, 19)
With thanks to Peccadillo Pictures.

CULT CLASSIC - DEATH BECOMES HER
PG
Friday 17 September (20.30)
Two frenemies discover a potion for eternal youth and use it as an opportunity to fuel their bitter feud in this classic 1990s horror-comedy, starring powerhouses Meryl Streep and Goldie Hawn. This pitch-black, over-the-top comedy from the director of Back to the Future was miles ahead of its time, packed full of gruesome special effects and hilarious one-liners that captured the imagination of a generation of drag queens and cosplayers.
With thanks to Park Circus.

WILLY WONKA AND THE CHOCOLATE FACTORY
U
Saturday 18 September (11.30)
Welcome to the world of Willy Wonka and the Chocolate Factory, where there are ever-lasting gobstoppers, dinner flavoured chewing gum and rivers of chocolate. Bring the family along to enjoy the 50th anniversary of this classic feast of a film.
With thanks to Park Circus.

YOUTH V GOV
with recorded Q&A
N/C 8+
Saturday 18 September (15.00)
Youth v Gov is an eye-opening documentary directed by scientist and filmmaker, Christi Cooper, that focuses on the world’s current climate crisis. Refreshingly told through the personal experiences of some of America’s youth as they attempt to sue the American Federal Government for contributing towards the climate emergency. (Beth, 17)
Special thanks to Barrelmaker Productions and Vulcan Productions

GRANADA NIGHTS
with in person Q&A with Director Abid Khan
15
Saturday 18 September (18.00)
A British tourist finds himself alone in Spain after having his heart broken. As he finds his bearings, he realises that there is so much more waiting for him here. We travel with him as he makes friends, explores the culture of Granada, and learns to let go of his past. The first feature film from writer and director, Abid Khan. (Amy, 16)
With thanks to Eyefive Films.

EVERYBODY’S TALKING ABOUT JAMIE
with in person Q&A with special guests!
12A
Saturday 18 September (20.10)
Inspired by a true story, Everybody’s Talking About Jamie is the film adaptation of the award-winning musical. 16-yearold Jamie lives with his mum in a council estate in Sheffield. He’s terrified about the future and longs to be a drag queen. Supported by his brilliant mum and surrounded by his friends, Jamie steps out of the darkness and into the spotlight. (Kiera, 18)
With thanks to Amazon.

SUNDAY CLASSIC - DO THE RIGHT THING
with special introduction from Liz Chege
15
Sunday 19 September (16.00)
It’s the hottest day of the year on a street in Brooklyn and racial tensions are high enough to boil over into violence. Punctuated by the anthemic refrain of Public Enemy’s ‘Fight the Power’, Spike Lee’s masterpiece is a landmark in American cinema, as relevant now as when it first hit the big screen.
With thanks to Park Circus.

CLOSING GALA - HEARTS BEAT LOUD
+ Live Music Performance
12A
Sunday 19 September (19.30)
As his daughter Sam prepares to go off to college and his record store is on the brink of closing, Frank Fisher attempts to keep things together by releasing a single he and Sam had recorded together.
A beautifully mellow indie film starring Nick Offerman and Kiersey Clemons.
With thanks to Park Circus.

Other Events at Glasgow Film Theatre

The vibrant choice at Glasgow Film Theatre gives you the chance to catch some of the most anticipated French and Francophone titles of the year.
Read more

Park Lane Market is a pop-up market held on the first and last Sunday of each month in Shawlands, featuring a range of boutique stalls!
Read more

Join a Historic Tour of the University of Glasgow the fourth oldest university in the English-speaking world!
Read more

With it's iconic archways The Barras Market it is a Glasgow institution, open to the public every weekend, come along and grab yourself a bargain or two!
Read more

Join Spin for a two hour pottery workshop and create at your own socially distanced table with staff on hand to help bring your vision to life!
Read more

Join The Root of Magic for a magically awesome time in their weekly potions and science workshop, held on Saturdays!
Read more

Whether you're wishing to purchase a few hidden treasures, interested in selling or just wishing for an enjoyable day out, there is something for everyone at Ayr's Sunday Market and Car Boot Sale!
Read more

Join Walking Tours in Glasgow to explore the streets of Mackintosh's home city to experience and witness his lasting legacy!
Read more