The National Trust for Scotland's Tenement House provides a rare glimpse into life in Glasgow in the early 20th century, in this faithfully restored four-room house! 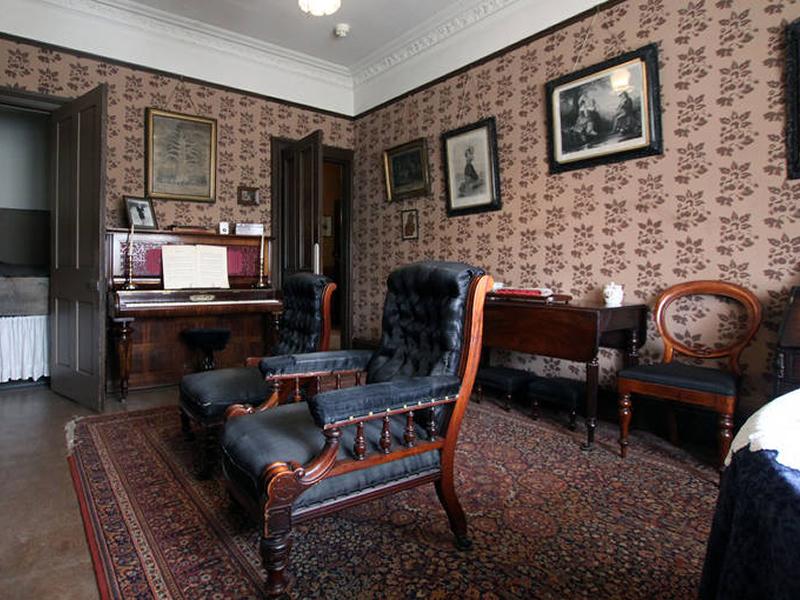 The house at 145 Buccleuch Street was built in 1892 by speculative builders keen to monopolise on Glasgow’s swift industrial boom. Agnes Toward and her mother, Mrs Agnes Reid Toward, moved here in 1911. Her father, a commercial traveller in metals, died when Agnes was just three years old.

Miss Toward was a shorthand typist for a firm of shipping merchants and coal exporters called Prentice, Service & Henderson. She never married and worked on into her 70s –today she would be seen as an independent career woman. From her extensive archive, we see that she enjoyed taking holidays in Largs, baking, going to church and taking regular theatre trips to watch musicals.

Her mother was a dressmaker who also used the house as her business premises. You can still see her sign in the stair, with its proud boast of ‘no fitting required’. Mrs Toward passed away in 1939, and her daughter remained living there until 1965 when her failing health required her to move to long-term hospital care.

When Agnes died ten years later she left a set of chairs in her will to a church elder, Mr Sam Davidson. When he visited the house to collect them he brought with him his niece Anna, who was instantly struck by the need to preserve the house and its contents, and persuaded the owners to sell it to her. She lived there for seven years before selling it to the Trust in 1982.

All information (whether in text or photographs) is supplied in good faith but should not be relied upon as being a statement of representation or fact. We take every opportunity to ensure the details for Tenement House are accurate, please contact us at hello[@]whatsonnetwork.co.uk if any of the above information is incorrect.

Sorry, but we have no upcoming events for Tenement House. If you know of an event taking place at Tenement House or anywhere else in Glasgow tell us about it and we'll list it on the website, for free!

Geilston Garden is a magical 200-year-old walled garden by the River Clyde with adventure playground and floral mini-maze!
Read more

Less than a mile from the suburban bustle of Clarkston on the south side of Glasgow, Greenbank Garden is a tranquil celebration of the gardener’s art.
Read more

Take in the sights, smells and sounds of a 1950s working farm, complete with dairy cows and sheep, at the National Museum of Rural Life in East Kilbride.
Read more

A grand country house near Glasgow city centre, Pollok House is Scotland’s answer to Downton Abbey and gives a real taste of upstairs/downstairs life in the 1930s!
Read more

Step into Weaver's Cottage and be transported back to the days when Kilbarchan was at the heart of the thriving Scottish textile industry!
Read more

More Days Out in Glasgow

SEA LIFE Loch Lomond Aquarium is just 20 minutes from Glasgow, situated on the stunning Loch Lomond Shores, offering great fun for all the family, whatever the weather!
Read more

Peccadillo is a custom built (1994) canal barge. Berthed in Glasgow Scotland she offers a variety of trips on the Forth & Clyde Canal, and many of these...
Read more

Glasgow Science Centre is one of Scotland's must-see visitor attractions situated on the banks of the Clyde.
Read more

See more than 2500 exhibits in 14 galleries, walk amongst Scotland's footballing legends in the Hall Of Fame and take the Stadium tour at the Scottish Football Museum!
Read more

Independent, Scottish start up Fore Play Crazy Golf are onto a winner with their flagship site in Glasgow!
Read more

Cathkin Braes Country Park covers a large area in the south east of Glasgow and is renowned for panoramic views over the city and beyond!
Read more

All Days Out listings in Glasgow