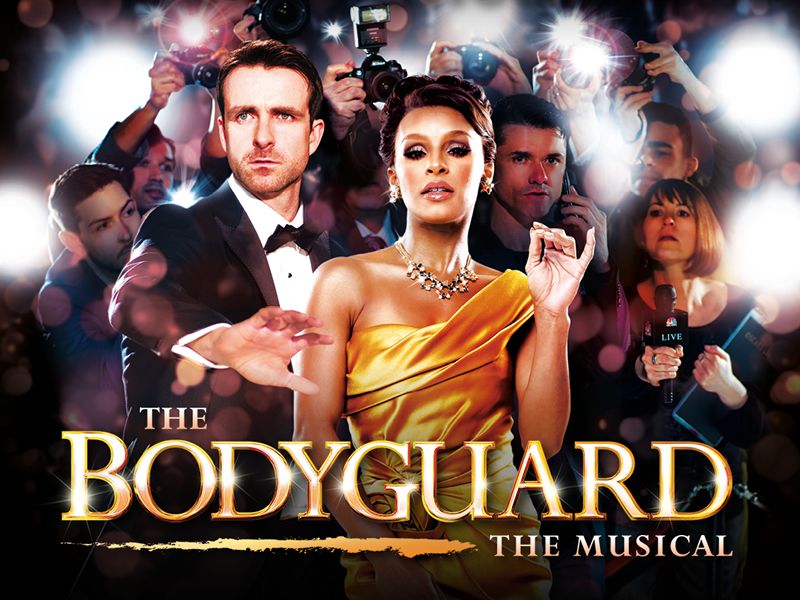 The King’s Theatre, Glasgow is delighted to announce that the UK and Ireland tour of Michael Harrison and David Ian’s award-winning international smash hit musical The Bodyguard will star American singer-songwriter Melody Thornton as Rachel Marron when the production kicks off its UK and Ireland tour in Glasgow next year.

Best known for her rise to fame as a member of the Pussycat Dolls, Melody will tread the boars at The King’s from Saturday 28 January for one week before the show tours to several cities across the UK, including two further Scottish runs in Edinburgh and Aberdeen.

Selling over 70 million albums as a member of one of the most celebrated girl groups of all time, The Pussycat Dolls, Melody Thornton is a multi-platinum Grammy-nominated artist. In 2020 she released her much-lauded debut solo EP, Lioness Eyes. Melody received rave reviews and audience acclaim for her performance as Rachel Marron when The Bodyguard toured China for six months. In 2018 she reached the final five in ITV’s Dancing On Ice.

This is the third time The Bodyguard has been to Glasgow following hugely successful runs at The King’s Theatre in 2015 and Theatre Royal in 2018.

Based on Lawrence Kasdan’s 1992 Oscar nominated Warner Bros. movie starring Whitney Houston and Kevin Costner, The Bodyguard tells the classic story that audiences have come to know and love. Former Secret Service agent turned bodyguard, Frank Farmer, is hired to protect superstar Rachel Marron from an unknown stalker. Each expects to be in charge; what they don’t expect is to fall in love. A romantic thriller, The Bodyguard features a host of irresistible classics including Queen of the Night, So Emotional, One Moment in Time, Saving All My Love, Run to You, I Have Nothing, I Wanna Dance with Somebody and one of the biggest hit songs of all time – I Will Always Love You.

The Bodyguard is directed by Thea Sharrock with book by Oscar winning Alex Dinelaris, had its world premiere at the Adelphi Theatre in London’s West End and was nominated for four Olivier Awards. A sell out 18 month UK and Ireland tour followed, before the show returned to the West End at the Dominion Theatre ahead of a second sell out tour of the UK and Ireland in 2018/19. To date, The Bodyguard has played to over 3.6 million people in 15 countries and 45 US cities. Countries include the Netherlands, Germany, South Korea, Canada, Italy, Australia, Spain, France, the US, Austria and Japan.

James Haworth, Theatre Director at The King’s, said: “It’s fantastic that The Bodyguard is returning to Glasgow, it’s such an emotionally packed show that ticks all the boxes. This show is a firm audience favourite and so tickets are in high demand.”

Tickets are on sale now at www.atgtickets.com

Further casting to be announced.