Prepare for the best of the horror genre when FrightFest returns as part of the Glasgow Film Festival 2021!

Arrow Video's FrightFest returns to GFF, delivering your yearly dose of horror-fantasy cinema. Films will screen across the weekend of Friday 5th and Saturday 6th March!

The below titles can be purchased as a bundle on Glasgow Film At Home.

The Woman with Leopard Shoes
Remember Here Comes Hell, that black and white mystery thriller that caused a Glasgow sensation? Well, here’s your next retro fix, first-timer Alexis Bruchon’s impressively old school yet ultra-modern noir thriller that twists, turns and twists again. A thief is engaged by a mysterious woman to steal a box from a house. The job goes well but, as he’s escaping, dozens of people arrive for a party. The thief just has time to hide in a study. Confined in this little room, he tries to flee but things take a turn for the worse when he makes a shocking discovery...

The Old Ways
From director Christopher Alender, producer of the Glasgow FrightFest past selections Southbound and The Mortuary Collection, a terror tale taken from sinister Latin American folklore. Cristina, a journalist of Mexican origins, travels to the home of her ancestors in Veracruz to investigate a story involving sorcery, witchcraft and healers. Once there, she is kidnapped by a group of mysterious locals who claim that she's possessed by the devil and that she needs to undergo an exorcism. But as she tries to escape her nightmarish situation, Cristina starts to believe that her secretive captors may actually be right.

Run Hide Fight
Hold on tight as director Kyle Rankin ratchets up the suspense while boldly, and controversially, addressing a horrific reality of modern-day life by turning it into an all-action movie. A normal school day comes to a brutal halt when armed students invade on a murderous mission. As the shooting starts and the blood flows, Zoe is lucky to get out alive. But then she heads back inside the building to rescue as many staff and pupils as she can. It’s High School Die Hard as Zoe uses her survival skills to outsmart the killers.

Vicious Fun
Joel, a caustic film critic for a national horror magazine, accidentally stumbles into a secret underground self-help group for serial killers. Can he match wits with five exterminators and make it through the night alive? Kill or be killed, Joel will have to find his inner assassin and muster hidden strengths to defeat the maniacs in his midst. A self-aware skewering of 1980s fashions and sensibilities that have slashed through the current era of genre filmmaking, the clue is in the title. With its terrific balance of horror and humour, director Cody Calahan’s nostalgia-fest is both vicious and fun.

American Badger
Meet Badger. His real name, Dean, is too lame for a hitman. Like all American Badgers, he prefers to be alone, and has hardly spoken a word to anyone except his Handler. But all of this is about to change with his latest assignment — make friends with call girl Velvet, extract information about the criminal Albanian gang she works for, and then kill her. What he doesn’t know is that Velvet is like a daughter to the mob boss and all hell is about to break loose in this gritty and turbo-driven hard action thriller.

Out of the World
The very private Leo (a stunning performance by Kevin Mischel) has issues communicating with others due to past trauma and only lives for his music. For now, not able to have a career as a composer, he works as an Uber driver and lives in his car. When Leo picks up Amélie, a deaf dancer, he sees a like-minded spirit, connected to the same remote sound universe yet cut off from the world, just like him. But Leo is hiding a dark and dangerous secret in this disturbing, provocative and compelling thriller from brilliant new director Marc Fouchard.

While we take every opportunity to ensure the details for FrightFest Glasgow are accurate, we always advise that you contact the event organiser before setting out for the event to avoid disapointment. All information (whether in text or photographs) is given in good faith but should not be relied upon as being a statement of representation or fact.

Following tours with the like of Parquet Courts, The Orielles and Wire, Team Picture come to Broadcast Glasgow in March 2021!
Read more

Festival of The Dead

After a sellout tour across the UK in 2019, Festival of The Dead returns to Glasgow with their new show, Paradise Apocalypse, on Friday 19th March!
Read more

James Vincent McMorrow has announced a UK tour for Spring 2021 including a night at The Barrowlands Glasgow on Saturday 20th March!
Read more

Baxter Drury will embark on his biggest UK tour so far in 2021 which includes a night at the QMU Glasgow on 20th March!
Read more 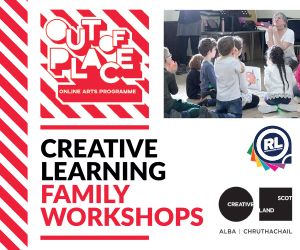 Park Lane Market is a pop-up market held on the first and last Sunday of each month in Shawlands, featuring a range of boutique stalls!

The Commitments is a fantastically feel good celebration of soul, don't miss it when it comes to the Theatre Royal Glasgow in December 2022!