Creed Bratton, star of The Office US, will return to Saint Luke's Glasgow on Friday 21st of May to perform an evening of music and comedy! 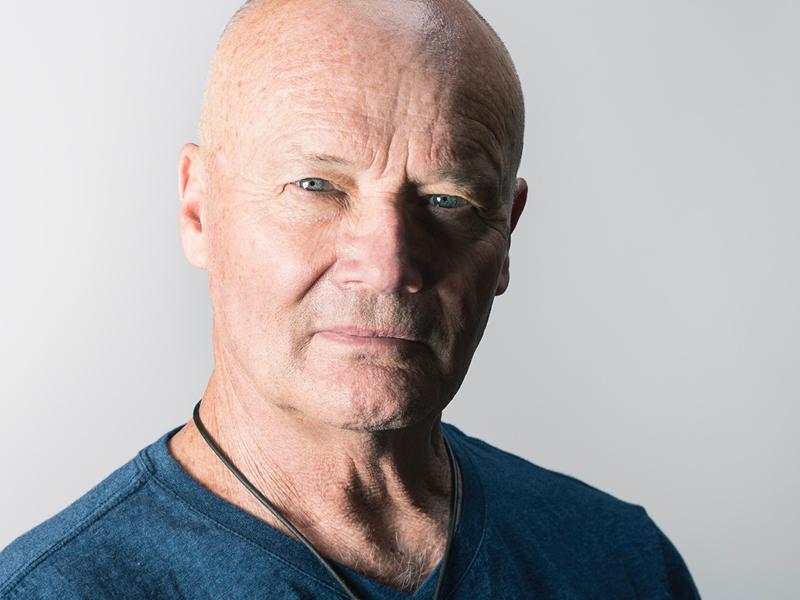 Mysterious, eccentric, good-hearted, and downright talented are all words that have been used to describe actor and musician Creed Bratton over the years. Creed may be best known for starring as a fictional version of himself on nine seasons of the award winning, critically acclaimed NBC series “The Office.” For nearly eight years fans worldwide grew to love him as Dunder Mifflin’s quality assurance director who unapologetically forgets the names of his own co-workers, and says bizarre confusing statements on a regular basis. If Creed was onscreen, laughs were sure to follow. While Creed may be best known for his on-screen antics, he is also an established musician with a career in music that spans nearly five decades, and he isn’t slowing down anytime soon. This year Creed is slated to release his 7th full-length album entitled “While the Young Punks Dance,” featuring 10 brand new tracks. The album, produced by Dave Way (Sheryl Crow, Fiona Apple) and Dillon O’Brian, will be available wherever digital downloads are sold on April 6, 2018.

Born in Los Angeles, Creed grew up in Coarsegold, California, a small town near Yosemite National Park. As a child, he was surrounded by the arts; his grandparents, mother, and father were all musicians. Creed began playing guitar professionally as a teenager, making pocket change performing while attending Sacramento State College and College of the Sequoias where he studied theater. He went on to become member of the legendary American rock group The Grass Roots, playing lead guitar with the group on their first four albums – three of which charted and sold millions of records across the globe. Creed parted ways with the band in 1970, but continued his passion for music and acting, playing music all over Los Angeles. Creed has released a handful of solo albums over the years, including: “Chasin the Ball,” “The 80’s,” “Coarsegold,” “Creed Bratton,” “Tell Me About It,” and “Bounce Back.”

Additional television credits for Creed include: “Grace and Frankie”, “Comedy Bang! Bang!”, “Franklin & Bash”, and “Adventure Time with Finn & Jake.” On the film front Creed can next be seen appearing in “The Sisters Brothers” (Annapurna) opposite Jake Gyllenhaal and Joaquin Phoenix. Based off the 2011 historical novel, the film follows a brother and sister who are assassins in 1851 western US, and are hired to murder a powerful prospector. Release date TBA.

While acting, recording music, and touring keeps Creed busy, when he has downtime you can find him reading, swimming, hiking, doing yoga, traveling and fishing for the elusive trout. Creed is an active supporter of the charity FirstBook, which has distributed more than 170 million books and educational resources to programs and schools serving children from low-income families in more than 30 countries. Creed is also a supporter of Lidè, an educational initiative that uses arts and literacy to build resiliency and empower at risk adolescent girls in rural Haiti. Creed is also involved with the Alzheimer’s Association.

While we take every opportunity to ensure the details for Creed Bratton are accurate, we always advise that you contact the event organiser before setting out for the event to avoid disapointment. All information (whether in text or photographs) is given in good faith but should not be relied upon as being a statement of representation or fact.