Based on the classic detective board game loved by generations and the hit 1985 film CLUE, the brand new stage play of CLUEDO is coming to the Theatre Royal Glasgow! 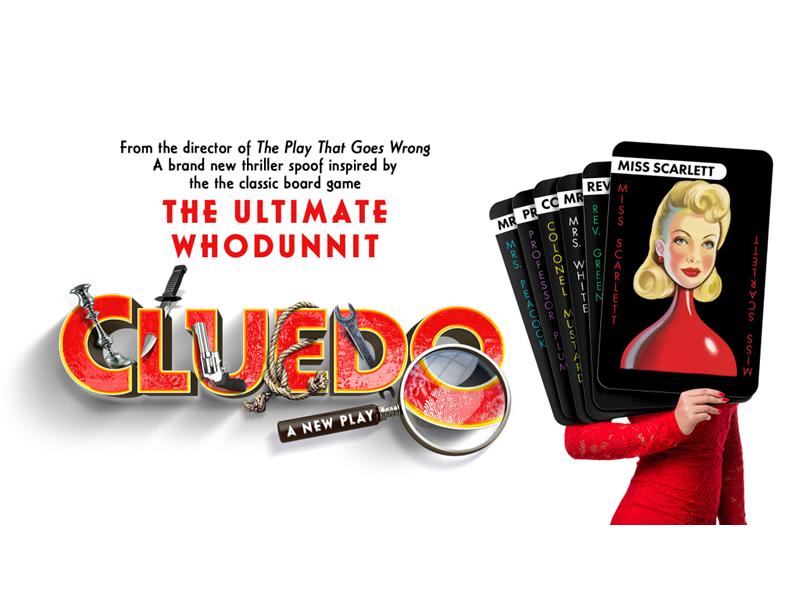 This UK premier production is directed by Mark Bell, director of the award winning The Play That Goes Wrong and A Comedy About A Bank Robbery and just like the game, it promises audiences of all ages a nostalgic, fun and thrilling evening of entertainment.

When Miss Scarlett, Professor Plum, Mrs Peacock, Revered Green, Mrs. White and Colonel Mustard all arrive at a country house one dark and stormy evening, they are concerned to find they have all received the same mysterious invitation from Lord Boddy. What’s clear is that they all have something to hide and the mystery and hysteria grows, as the inhabitants and guests of Boddy Manor start being killed, with a variety of familiar weapons, leaving everyone to wonder, who will be next!

This hilarious spoof of a thriller, will keep you guessing right up to the finale as both the audience and actors onstage try to work out whodunnit... with what... and where!

Join Grayson Perry as he asks, and possibly answers, the big questions in an evening sure to distract you from the very meaninglessness of life in the way only a man in a dress can!
Read more

Over 7 million people have lived to tell the tale of one of the most chilling and successful theatre events ever staged, make sure you're one of them when The Woman In Black returns to Glasgow!
Read more

The Cat and the Canary

The Classic Thriller Theatre Company presents a new adaptation of the murderous mystery, which inspired three classic movies, The Cat and the Canary at the Theatre Royal Glasgow!
Read more

The Magic of The Beatles is one of the UK's leading Beatles tribute shows who play to ecstatic sell-out audiences all over the world, catch them at the Theatre Royal Glasgow on 26th September!
Read more

For the first time ever Chris and Rosie Ramsey are bringing their smash hit podcast, Shagged. Married. Annoyed., live to venues in 2021... catch them at the Theatre Royal Glasgow in September!
Read more

Award winning comedian Adam Kay shares entries from his diaries as a junior doctor in this evening of unmissable stand-up and music at the Theatre Royal Glasgow!
Read more

Following on from the success of their 'Summer Nights at the Bandstand' show, Hue and Cry have announced that they will play Glasgow's legendary Theatre Royal in October!
Read more

Multi award-winning Mischief Theatre return on tour with Groan Ups, their brand new comedy all about growing up, catch it at the Theatre Royal Glasgow in October!
Read more

Platform Glasgow are turning every Friday throughout the summer holidays into Fun Fridays with different performances running each week!
Read more