Enjoy five beautiful, colourful short films at CCA Glasgow and understand why Brazil has established itself as a powerhouse when it comes to world cinema! 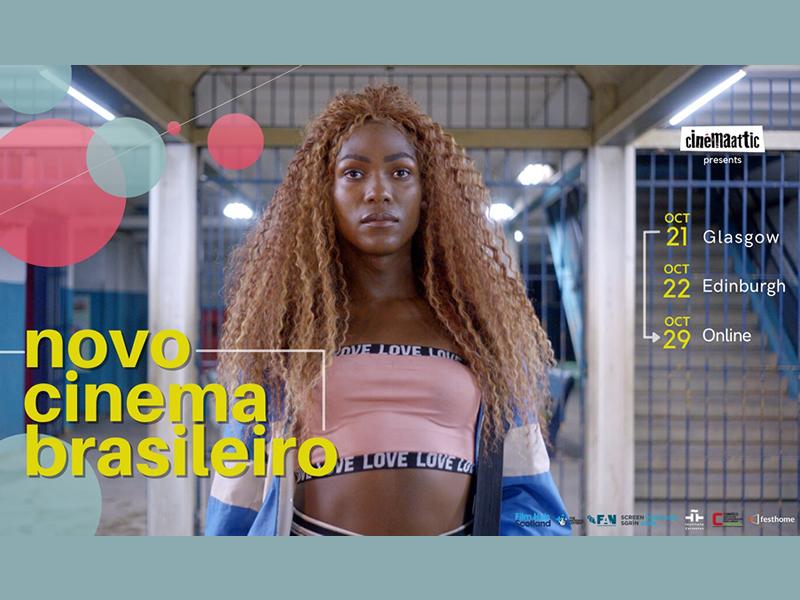 Here comes a powerful rebellious programme of Brazilian cinema. Five beautiful, colourful short films to understand why Brazil has established itself as a powerhouse when it comes to world cinema.

We know that art can flourish under despots, but we're reluctant to admit it. Brazil's living a golden era of filmmaking that had started before Bolsonaro came into power but has only gone higher and higher since the ultra-conservative military officer-turned-politician took power in 2018.

The more repressive Brazilian government has gone into cutting funding and aid towards Film and Culture, the brighter and more powerful response has been the response from Brazilian artists and filmmakers community.

Last summer, and despite several warnings (the most vocal being KMF's plea for help during Cannes Film Festival, a fire broke out in the Cinemateca Brasileira, the largest collection of moving images in South America, and the hearts of film lovers across the world skipped a beat watching one of the world's most important film archives set ablaze. Rather than an accident, it felt like a deliberate fire. Just last year, the government dismissed all 62 Cinemateca staff members, effectively closing the institution.

And yet, despite the total strangulation from the government, Brazilian films continue finding ways to be made - and, what is more - keep fascinating the world. New filmmakers go on to conquer the world's most prestigious film festivals, just take a look at the awards lists of major festivals in the last three years. The quality and quantity of great Brazilian films coming out to the world in the last decade is quite unbelievable.

So here is a long-overdue wee tribute to Brazilian cinema. Just a taster of why Brazil has become such an incredible cinema powerhouse.

Formally audacious, with a radical spirit of transgression and a hyper-present sense of physicality, Brazil produces one of the richest, more colourful and heterogenous cinemas in the world. Dissident bodies and Resistance are at the core of this programme of films. Much has been written about Brazilian LGBTQ community's contribution to contemporary cinema, and this programme is no exception, as we will celebrate diversity and plurality beyond binary choices. You'll sing and you'll dance to these films. A very physical programme where bodies are the protagonist, stomping, hitting, dancing bodies.

The programme will also touch on ideas around identity, home, community, memory and despair, as well as direct clash, resistance and satire aimed at the Bolsonaro government with nostalgia, angst and rage against the Brazilian political machine.

The Word for World is Forest

The Word for World is Forest at CCA Glasgow brings together three perspectives on climate change from very different regions of the world.
Read more

Jarrod Dickenson will bring his own particular brand of soulful Americana to CCA Glasgow on Thursday 3rd February as part of Celtic Connections 2022!
Read more

The Mastersons and Julian Taylor

The Mastersons are singer-songwriter & multi-instrumentalists Chris Masterson and Eleanor Whitmore, catch them live at CCA Glasgow as part of Celtic Connections 2022!
Read more

The mysterious Nordic Giants have announced a 2022 tour in support of their new album, Symbiosis, catch them live at CCA Glasgow on Sunday 20th February!
Read more

Join Trash Cinema at The Old Hairdressers on 13th December for a screening of the festive cult classic 'Christmas Evil'!
Read more

The Whiteinch Centre would like to invite you all to join them this December for some free festive film screenings!
Read more

This Christmas, Pollokshaws Burgh Hall will be converted into a cosy, festive cinema, screening some of everyone's favourite festive films at affordable prices, with discounts for local residents!
Read more

Bring the whole family to Platform this Christmas and enjoy one of our festive films - a tasty Platform meal and a winter warmer drink is included with every ticket!
Read more

in a world premiere, celebrated Highland five-piece Breabach will perform their vividly evocative original score alongside a big-screen showing of Dùsgadh as part of Celtic Connections 2022!
Read more

Beyond The Swelkie is a new collection of poetry, prose and essays celebrating George Mackay Brown, a seminal figure of 20th Century Scottish literature!
Read more

Experience the magic of National Theatre Live from the comfort of your cinema seat with a special screening of Tom Stoppard's Olivier Award-winning new play Leopoldstadt at Glasgow Film Theatre!
Read more