Anchorsong AKA Masaaki Yoshida is a highly-fêted producer, and solo live act, renowned for crafting immersive and rhythmic releases. Catch him live at The Hug and Pint on 7th June! 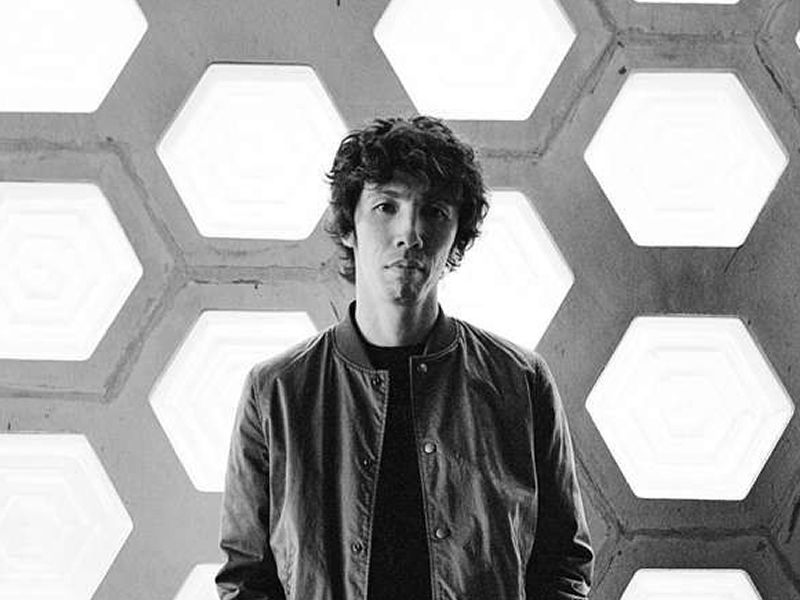 Originally from Tokyo, and now based in London, Anchorsong AKA Masaaki Yoshida is a highly-fêted producer, and solo live act, renowned for crafting immersive and rhythmic releases.

Anchorsong has become globally recognised for his unique live shows, which spectators have described as “like watching a painter drawing on a white canvas”. He creates electronic music entirely live using an MPC1000, right in front of the audience. While he mainly performs solo, he frequently augments this setup with a string quartet, for a genuinely spellbinding show.

Since his relocation from Tokyo to Europe, Anchorsong has supported artists such as Bonobo, Portico Quartet, DJ Krush, Daedelus, Jaga Jazzist, and performed at prestigious venues including Queen Elizabeth Hall and Camden Roundhouse in London. Other highlights in his career include performing a live session on Gilles Peterson’s Worldwide FM, putting together a mix for Tom Ravenscroft (BBC 6Music) hosting a show on NTS and taking on the challenge of FACT Magazines ‘Against The Clock.’ He has also played gigs and toured internationally across the UK – including festivals such as Glastonbury and Shambala, Europe, Asia; played high-profile US shows including Las Vegas’ Further Future festival and LA’s Low End Theory; and performed sets for Boiler Room, Red Bull Tokyo and the BBC 6Music Festival.

‘Mirage’ is the fourth album from Anchorsong, a record that evokes hazy soundscapes constructed with wind instrumentals, choirs, and global sonic particles. Building on Anchorsong’s long-standing tradition of “borderless music”, ‘Mirage’ fuses intricate rhythms with minimal yet immersive lush interplays of sound to create an auditory odyssey. ‘Mirage’ marks a departure from Anchorsong’s previous two albums – ‘Ceremonial’ and ‘Cohesion’ – specific geographical references. Instead, the album which was half-written during lockdown and when nobody could travel, shows Masaaki internalise his global influences and worldview to conjure a “vague landscape that only exists in my mind”.

“I let my imagination run wild and thought of places I’ve never been to. The tracks that came out of this process diversified the tones and colour of the record further. I hope it takes a listener on the journey I experienced when creating it.”

Anchorsong has solidified his place as an established name in the electronic music scene; touring with a string quartet and live AV show, grafting unforgettable immersive live experiences out of the material from his back catalogue.

The Wynntown Marshals Plus Support

Fresh off their tour with Australia's premier psych-jazz outfit Mildlife, Cousin Kula announce a short run of special headline shows for Autumn including a night at The Hug and Pint on 10th October!
Read more

Leeds' post rockers I Like Trains are finally heading back out on tour! Don't miss them live at The Hug and Pint on Friday 9th December!
Read more