Cinetopia in collaborating with The Debutante brings a women-led evening of surrealist films and technologically-enhanced live music performed by Aurora Engine and Bell Lungs! 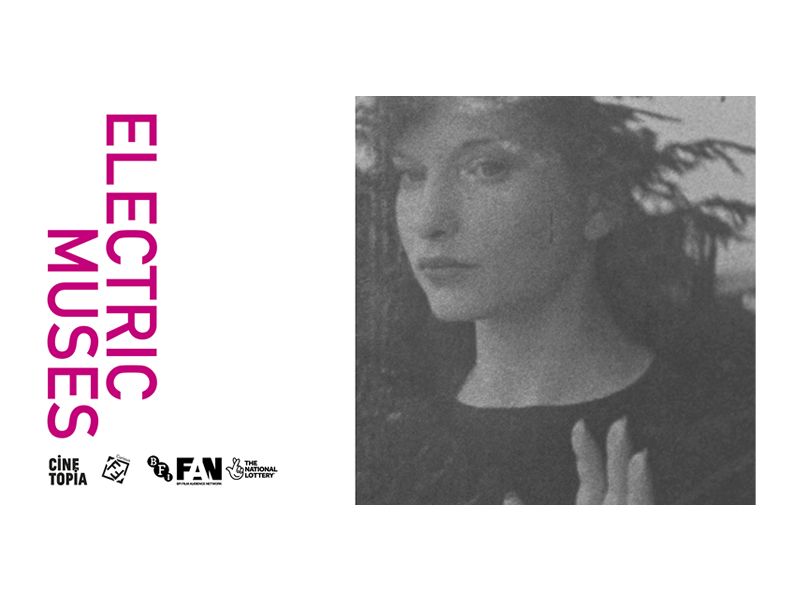 Since the birth of cinema, women filmmakers have used this “electric” art form to tell their stories. With ELECTRIC MUSES we will merge cinema and live, technologically enhanced music to highlight the profound contributions women have made in creative technology art forms.

Cinetopia is showcasing four surrealist films made by pioneering female filmmakers over the 20th century alongside the compositions of two contemporary Scotland-based composers, both of whom use technology heavily as part of their process and performances, Aurora Engine and Bell Lungs.

The main feature will be ‘The Seashell and the Clergyman’ (1928) by Germaine Dulac, a female surrealist filmmaker and director active during the 1920’s. This will be accompanied by a live soundtrack composed and performed by Aurora Engine and Bell Lungs.

In addition, audiences will experience a newly commissioned score of Maya Deren’s experimental short, 'Meshes of the Afternoon' (1943) composed and performed by the same musical team. Two additional short films will be screened curated by The Debutante.

The curatorial team will introduce audiences to the programme, and to the contributions these female surrealist filmmakers made to the movement and to the history of filmmaking.

A Q&A will also follow between the audience and musicians about the work of the various filmmakers and the process of scoring music.

Film titles as part of this screening of Electric Muses:

The Seashell and the Clergyman (Germaine Dulac) 1928 - 41 minutes

This screening of ELECTRIC MUSES is part of Film Feels Curious, a UK-wide cinema season, supported by the National Lottery and BFI Film Audience Network. Explore all films and events at filmfeels.co.uk.


Where possible we will update our listings to notify of cancelled, postponed and rescheduled events, however we STRONGLY ADVISE that you check with the venue/organiser in the first instance for updates.

Other Events at The Britannia Panopticon Music Hall

Dragged Tae The Steamie is a presentation of Tony Roper's Scottish comedy classic, The Steamie but with a twist, the four lead female characters and solo male will be played by actors in drag!
Read more

Join Trash Cinema at the Old Hairdressers on 15th August for a bit of the old ultraviolence at the hands of the merciless mercenary, the unparalleled kicker of ass, Sonny Chiba as The Street Fighter!
Read more