Enjoy a night of music courtesy of Kirsten Adamson and Lauren Housley at The Glad Cafe on Saturday 8th October as part of Glasgow Americana Festival 2022! 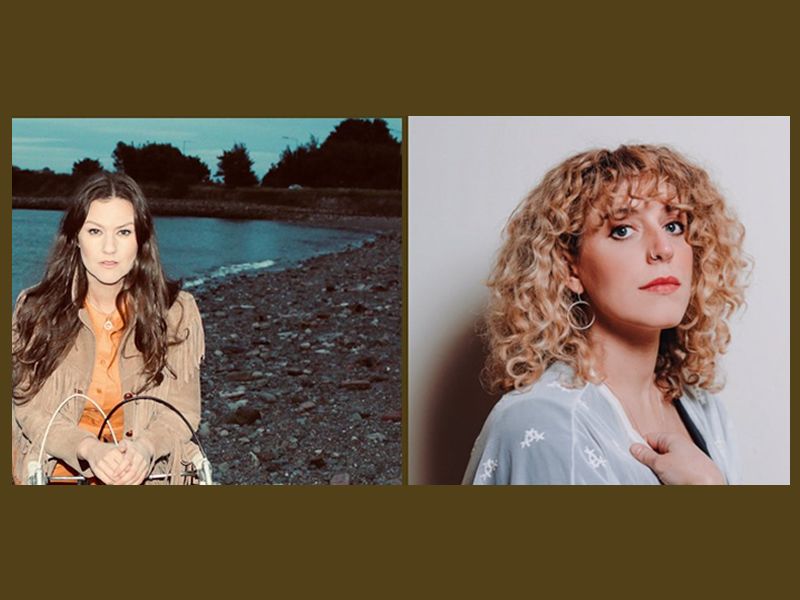 Singer/songwriter Kirsten Adamson summons the same heart-stopping purity as Sandy Denny, by way of Emmylou Harris and Kate Bush. Transcendence runs in the family. Her father was Stuart Adamson (Skids, Big Country) and her mother Alexandra, a champion Highland dancer.

With summers spent soaking up the atmosphere in Nashville with her dad and a string of leading roles in musical theatre back in the UK, the teenage Adamson’s course was set. She sang backing vocals on Big Country’s last album Driving to Damascus at age 13. By 2010, she was forging her own career as a vocalist and keyboard player for indie-folkers Aberfeldy. She fronted country rockers The Gillyflowers and more recently shone as half of alt-country duo The Marriage, and then on a self-titled solo debut. The austere beauty of her voice has been a constant motif.

Join us as Kirsten celebrates the release of the first single, ‘Stars On The South Coast’, from her forthcoming LP Landing Place.

Lauren Housley is a singer and songwriter hailing from Yorkshire,UK. Her love of music started early, with a deep connection to great songs, the craft of storytelling and an emotive vocal performance. “It was like magic to me, that music could have such an impact on the way I felt. It became my therapy.”“Being a deeply empathetic person led me to channel my emotions into poems and songs, with a hope that they would bring some comfort, joy and understanding to people.”

Lauren Housley is the ‘GIRL FROM THE NORTH’ whose latest album was released in Autumn 2020. Dealing with love, loss and the turbulence of growing up and learning about life, Lauren brings a refreshing air of optimism and heart-warming hope with an empowering belief in oneself to overcome obstacles.

Other Events at The Glad Cafe or Glasgow Americana Festival

Lola Kirke has announced a headline tour of the UK and Europe including a night at the Glad Cafe, Glasgow on Sunday 11th September!
Read more

Jill Jackson, Boo Hewerdine & Martha L Healy will all share the stage at Websters Theatre for the opening night of the ever popular Glasgow Americana Festival!
Read more

Sarah Jane Scouten writes folk and country music that sounds timeless, don't miss your chance to see her live at The Admiral Bar on October 6th as part of the Glasgow Americana Festival!
Read more

Danny George Wilson has announced a run of full band UK shows for later this year including a night at The Glad Cafe on 6th October alongside Katy Rose Bennett!
Read more

Danni Nicholls' dynamic and arresting performances have been melting hearts far and wide, come and feel it for yourself when she plays The Admiral Bar as part of Glasgow Americana Festival 2022!
Read more