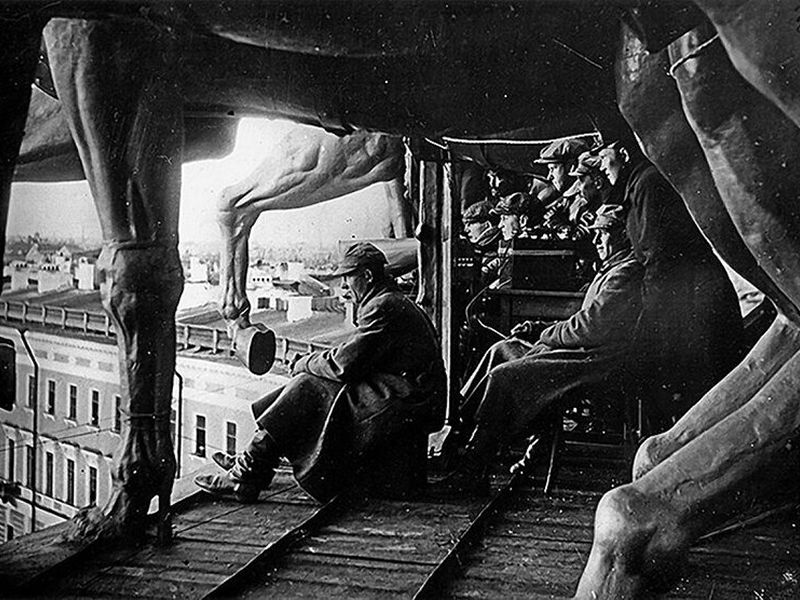 We are delighted to announce the launch of Samizdat Eastern European Film Festival – the first Scotland-based festival dedicated exclusively to Eastern European cinema. The event will take place at the CCA Glasgow between 27 September and 1 October 2022, and online, at the streaming platform of our partner Klassiki, between 27 September and 11 October. Named after the practice of clandestine dissemination of censored and forbidden texts in communist states, Samizdat aims at giving the stage to distinct voices and progressive narratives of Eastern European cinema, drawing attention to the many cultures and artistic legacies of the region.

The lineup of the festival is excitingly diverse and includes meticulously curated films from various parts of Eastern Europe, both new releases (many of them UK/Scotland premieres) and retrospectives. A special strand of Samizdat’s programme will be dedicated to Ukrainian cinema to express our solidarity with the people of Ukraine in the face of Russia’s invasion. The festival will also feature a set of special events, including a special screening of Mikhail Kalatozov’s 'Salt for Svanetia' performed with a live score, panel interviews with artists and filmmakers, and an exhibition of Ukrainian and Belarusian protest art. The full programme of the festival will be announced in August on our website and social media.

Festival director Andrew Currie says, ‘There is an even greater necessity now to promote intercultural interaction between Eastern Europe, Central Asia, and Western Europe, not least because of Russia’s ongoing invasion of Ukraine, which has highlighted the need for solidarity and unity among nations and cultures’.

The in-person part of the festival will take place at CCA: Centre for Contemporary Arts Glasgow. Right in the centre of the city, CCA is a local arts hub and exhibition space, hosting a year-long programme of events, festivals, performances, workshops, and lectures. The venue has accessible screening spaces and its own Saramago Café Bar, where attendees will be able to purchase food and beverages between the events. CCA is also equipped with fully accessible toilets and lifts (you can view the full accessibility guide here).
The virtual programme of the festival will be hosted by Klassiki, the world's only curated streaming platform for films from Eastern Europe, the Caucasus, and Central Asia. All virtual screenings and events will be made accessible to attendees who join Klassiki’s membership.

Samizdat strives to ensure that our line-up can be seen by as many people as possible, so film screenings will be priced on a sliding scale, where the attendees will be invited to pay £0/£2/£4/£6/£8 per film based on their preference. Special events, including the Salt for Svanetia screening, will be priced differently. Every film will be shown with subtitles, and some will be screened with Closed Captions.

Samizdat is supported by Film Hub Scotland, part of the BFI’s Film Audience Network, and funded by Screen Scotland and National Lottery funding from the BFI. It is also jointly funded by the European Cultural Foundation (Culture of Solidarity Fund — Ukraine Special Edition). We would also like to thank CCA Glasgow, our venue partner, and Klassiki, our programming and streaming partner, for their support.

We Are Compost / Composting The We

We are Compost / Composting the We guides you through three separate but entangled works that follow the cyclical processes of composting.
Read more

Join Trash Cinema at the Old Hairdressers on 15th August for a bit of the old ultraviolence at the hands of the merciless mercenary, the unparalleled kicker of ass, Sonny Chiba as The Street Fighter!
Read more