Don't miss an evening of music from Kim Edgar & Rhona MacFarlane at Cottiers on August 18th as part of Scotland On Tour! 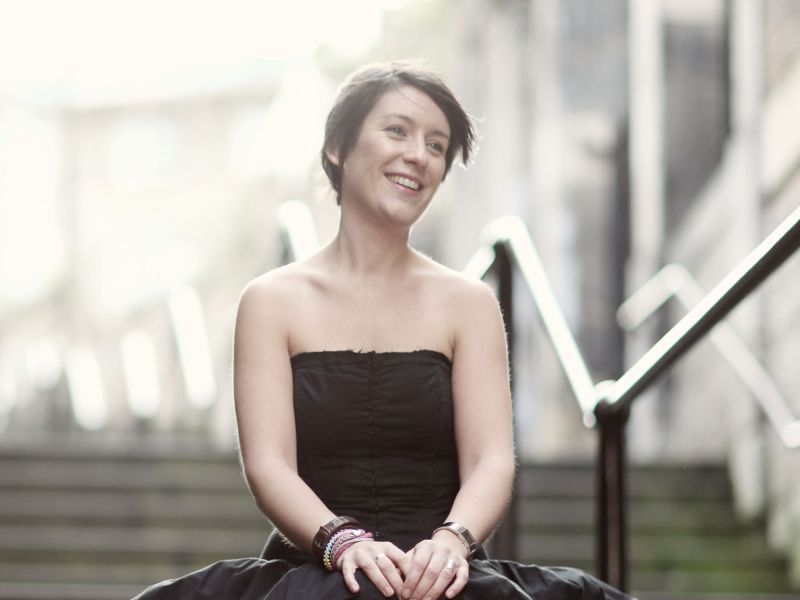 In association with Scotland On Tour

Emotion and connection are at the heart of this Edinburgh-based pianist and Songwriter’s work: through observed and lived experiences, Kim ponders what it is to be human, creating stories told with honesty and empathy that open hearts, minds and discussions. Her intensity and intimacy in performance have also attracted glowing reviews:

With four critically acclaimed solo albums under her belt, Kim has been described as“an example of everything that’s great about contemporary music”and“probably one of the best songwriters in Britain today.”* * * * * (Spiral Earth).

Kim’s latest album, Held (2020),considers grief, addiction, and solidarity, and offers a musical hug for anyone who’s struggling at the moment.One eighth of the The Burns Unit collective (which included Karine Polwart, King Creosote and Emma Pollock), Kim currently shares her songs while touring extensively asa member of folk band, CARA (cara-music.com). Described as“strangely uplifting,despite the well – phrased, sombre lyrics”and“a comfort blanket for the disillusioned soul”(The BIG Issue), Kim’s songs capture distilled emotions, that increasingly wide audiences across the UK, and beyond, are identifying with and responding to.
Rhona Macfarlane is a singer-songwriter from Scotland whose reflective, vulnerable story telling casts a spell over her audiences. Her songs are personal, honest, and intimate and recall a range of influences including Joni Mitchell, The Blue Nile, Nick Drake, John Martyn and Adrianne Lenker. A graduate of The Royal Conservatoire of Scotland in classical violin, she is a versatile musician performing with guitar or piano, often introducing new sounds with the addition of string accompaniments which she arranges.

Rhona released her latest EP ‘Closing the Window’ on the 12th of November. Produced by Matt Ingram, the EP is a collection of songs inspired by a time of inward reflection and solitude during the pandemic. A time when family and friend ties were cut and sharing music was limited. This period of personal writing also coincided with Rhona’s transition from student into adulthood.The first single ‘Better When You’re Around’ was selected as record of the week on the BBC Radio Scotland Afternoon Show. Tracks from the EP have also enjoyed extensive radio play including Louise Mason at Reform Radio, BBC Radio nan Gàidheal, BBC Introducing, The Roddy Hart Show, Travelling Folk and the Iain Anderson Show on BBC Radio Scotland.

Singer and songwriter Hannah Rarity celebrates the release of her eagerly anticipated second album 'To Have You Near' with a special live show at Cottiers on 17th August!
Read more

A Night of Grief & Mystery

In this special edition of the Homebird Sessions Show at Cottiers, Elaine Lennon is in concert and conversation with Yvonne Lyon and Adriana Spina!
Read more

An Evening of Songs and Stories with James Grant

With a voice like chocolate, gunpowder dry wit and world class acoustic guitar chops, this is a very special chance to see James Grant in his hometown in the intimate setting of Cottiers!
Read more

Dallahan will take listeners on a journey, traversing styles and countries of the world when they bring their dazzling live show to Cottiers on Sunday 23rd October!
Read more