Electrofest Glasgow at Ivory Blacks on Saturday 10th September is set to showcase the best of Scotland's burgeoning post punk and electronic scene! 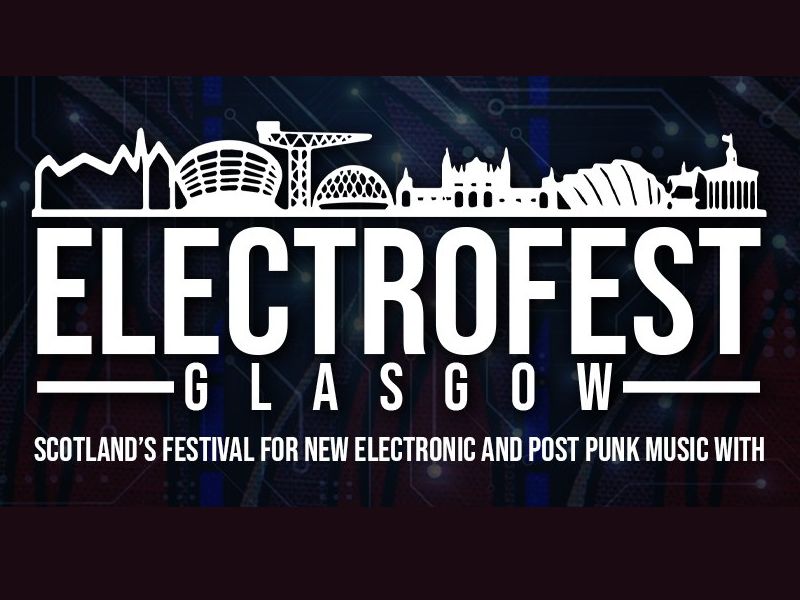 Frankie D the festival’s curator’s aim is to showcase the best of Scotland’s burgeoning post punk and electronic scene, with bands like The Twilight Sad, Chvrches, Ninth Wave, Savages and Vlure already shining a light on Glasgow and Scotland’s incredible pool of talent and forefathers like Simple Minds, Associates, Orange Juice and Cocteau Twins etc we are reminded that this talent has always been here! Now it’s time for the next generation to take the mantle! 6 Bands, 3 Djay’s and a Free Club make the £8.50 ticket virtually a steal, so get on down and see the future of Scottish music unravel before before your very eyes and ears!

POST IRONIC STATE: Headliners are Glasgow’s next best kept post punk secret with their dark visceral and brutalist soundscapes, reminiscent of Joy Division, Interpol and Editors wrapped up with melancholic and tender vocals that shoot like flames of hope from the depths of urban darkness!

SOFT RIOT: is JJD; a former Vancouverite now residing in the UK who has clocked in over twenty five years of musical output in various bands and projects, including half a dozen art-damaged punk and hardcore bands as well as first-wave post-punk revivalists Radio Berlin. Moving from Vancouver to London UK in the late 2000s, Soft Riot came into full being, having released a couple of acclaimed albums and EPs and staging numerous tours around Europe. He now currently resides in Glasgow, Scotland — where he now calls it home. Wry and self aware without irony, the songs are hook laden, infuriatingly catchy and designed for dancing as much for static listening. It is a peculiarly Soft Riot take on the electro pop sound that will engross and captivate any adventurous listener.

ECHO MACHINE are a synth-pop band from Dundee while looking firmly to the future, they owe more than a nod to classic 80’s synth music! The sound of an exploding Disco ball! Their debut album "Instant Transmissions” was released in February 2020, reaching no.9 in the UK Record Store Charts, and no.14 in the Scottish album charts. Their most recent single "Universal Background Music" was released last November. Gary, Michael, Hannah, Heather and Lewis thank you greatly for stopping by and hope you enjoy their set!

THE ABSTRACT DANCERS: Are an irreverent art collective from Paisley who formed in the wake of lockdown. Over the course of the pandemic they developed a fondness for synthesisers, sound experiments and developed their own brand of disobedient pop songs. They are intent on causing musical mischief and are taking us all along for the ride, so strap yourselves in, this may get messy!

THE DDN: is a solo experimental electronic act from the crazy mind of Timotheus. Inspired by the forceful determination of bands like Throbbing Gristle and Nurse with Wound, beats and soundscapes brutally edited into new musical forms. The music is incredibly raw; it is absolutely batshit; it is fabulous and turbulent and superhuman.
He is immensely and sincerely grateful for the love and kindness that this world and the people in it have generally shown him, then and now. Please allow him to take away your breath and break your brain.

FRANKIE SAYS: Don’t forget to stick around for Club Stigmata with Dj’s from 3 of Glasgow’s most longest standing alternative clubs, FRANKIE D from Club Stigmata, BRIAN ASYLUM from Asylum Club and CATNIP from Danse Macabre! They will keep you entertained in between the bands and at the Aftershow CLUB STIGMATA where you can catch the amazing TILLY ELECTRONICS from Leipzig, who’s live show has to be seen to be believed, their hi energy performance is sure to have everyone up and dancing to their frenetic beats!

Other Events at Ivory Blacks

Laurence Jones is one of the UK's hottest guitar players! Don't miss your chance to see him live at Ivory Blacks, Glasgow on 11th September!
Read more

After the hugely successful and sold out party after The Cure's Bellahouston Festival appearance, the same DJ's are back to do it all again directly after their OVO Hydro show on December 4th!
Read more