See more than 2500 exhibits in 14 galleries, walk amongst Scotland's footballing legends in the Hall Of Fame and take the Stadium tour at the Scottish Football Museum! 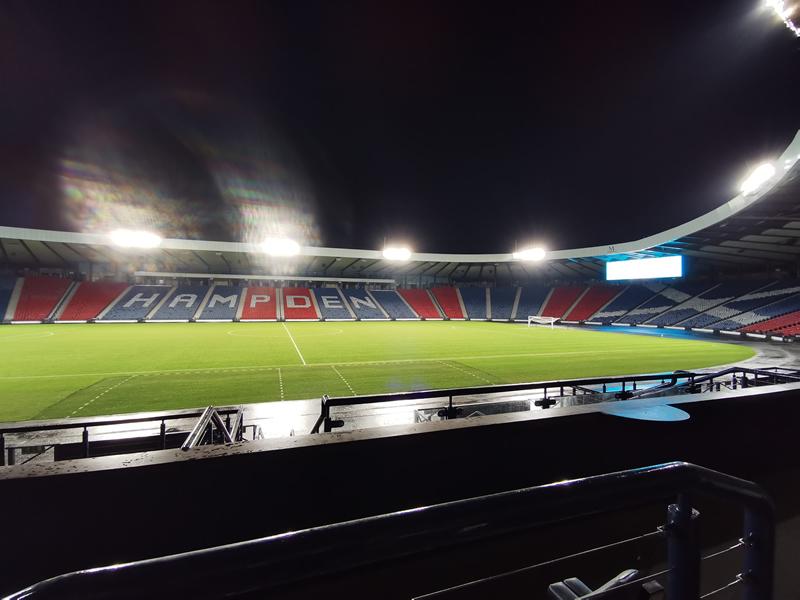 The Museum
The Scottish Football Museum exists to promote the unique football heritage of Scotland, to build and maintain a national football collection, and to educate and inspire future generations.

As one of Glasgow’s Leading Attractions, the Scottish Football Museum is an ideal day out for families, avid football fans and novices eager to gain knowledge of Scottish football. With over 2500 objects on display, the museum is home to the world’s most impressive national collection of football related objects, memorabilia and ephemera.

The fourteen galleries take you through the development of the modern game in Scotland, from the nineteenth century to the present day. Visitors get the chance to see some of football’s most exciting and unique objects, including the world’s oldest national trophy, the Scottish Cup.

The Stadium Tour
On the stadium tour you will experience Hampden Park like the players do on a match day - visit the underground roadway, team changing rooms, and get the chance to strike a ball in the Hampden Hotshots gallery and have the speed of your shot electronically measured! Walk down the tunnel, hear the famous "Hampden Roar" and then follow the footsteps of legends by climbing the stairs to the cup presentation area.

Hall of Fame
The Hall Of Fame is a permanent feature in the Scottish Football Museum to honour the truly great players, managers and officials who have reached the pinnacle of their profession and have made a significant contribution to Scotland’s football reputation through their skill, spirit and determination. There are currently 89 football legends in the Hall of Fame.

All information (whether in text or photographs) is supplied in good faith but should not be relied upon as being a statement of representation or fact. We take every opportunity to ensure the details for Scottish Football Museum are accurate, please contact us at hello[@]whatsonnetwork.co.uk if any of the above information is incorrect.

The Glasgow School of Art

The National Trust for Scotland's Tenement House provides a rare glimpse into life in Glasgow in the early 20th century, in this faithfully restored four-room house!
Read more

Kelvingrove Art Gallery and Mu​seum is one of both Glasgow's and Scotland's most popular free attractions boasting an extensive collection of over 8000 objects displayed across 22 themed galleries!
Read more

For 100 years Govan was the centre of shipbuilding on the Clyde. Here some of the finest, most luxurious liners, steamships and naval vessels were designed...
Read more

Kelvin Hall stands on the banks of the River Kelvin opposite Kelvingrove Art Gallery and Museum in the West End of Glasgow.
Read more

Scotland Street School Museum was designed by Charles Rennie Mackintosh and offers a fascinating glimpse into schooldays of the past.
Read more

A unique collection of information on the history and culture of Clydebank and surrounding area including the villages of Duntocher, Hardgate and Old...
Read more

All Museums listings in Glasgow