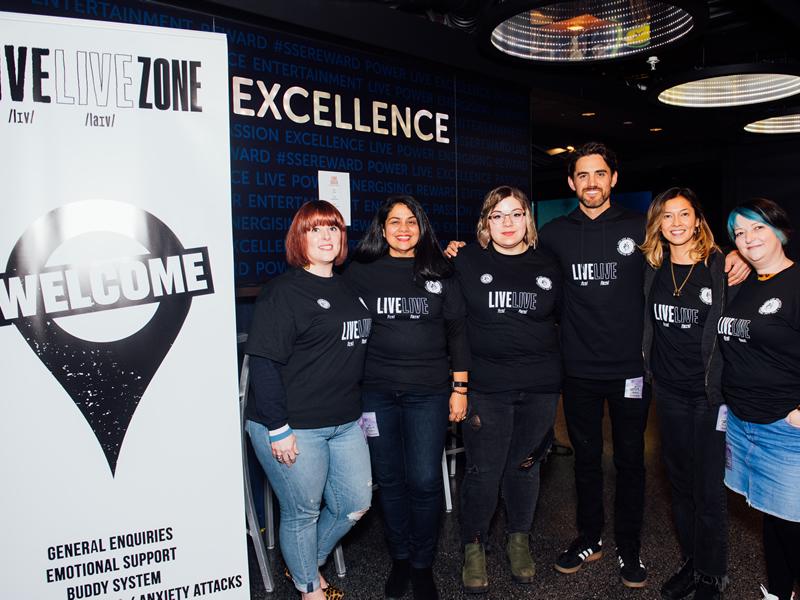 SSE and LIVELIVE have teamed up to offer specialist mental health and wellbeing support to thousands of gig-goers at The SSE Hydro.

Scotland’s home of live entertainment played host to one of the most hotly anticipated homecoming shows in recent times with Scotland’s favourite son, Lewis Capaldi, taking to the stage in front of thousands of adoring fans on Thursday night.

In support of the Capaldi-backed LIVELIVE initiative, which aims to provide mental health and wellbeing support to artists, touring crews and music fans, SSE worked with charity Music and You to ensure the ground-breaking services were implemented across the venue.

Fans were able to access support from a qualified team at the venue before, during and after the show. There was also designated help points for anyone struggling emotionally, a safe space for anyone who needed some time out, and a gig buddy system for fans travelling to the show alone.

Venue sponsor SSE was quick to offer its support for the two night Glasgow leg of the UK tour, with a number of warm-hearted SSE customers agreeing to return their SSE Reward lounge passes to allow for the VIP spot to become a designated safe space for gig-goers in need.

The key components of the initiative are:
• A Safe Space for fans to take time out if they are suffering from anxiety and/or panic attacks.
• Buddy System. Fans (particularly those travelling alone) can meet at a designated point before doors open, before the show starts & after the show to connect with other fans and travel home safely together.
• Helpline for fans to contact before, during or after the show
• Help Desk in the LIVELIVE Zone to answer any enquiries. Also the help desk is there to provide information about mental health and the initiative in general.
• Two 10-minute breathwork sessions to occur in the LIVELIVE Zone between support acts (availability based on sign up at the help desk on the night)

Colin Banks, Head of Sponsorship & Reward at SSE, said: “LIVELIVE is a brilliant initiative for musicians and music fans alike and we wanted to help Lewis and Music and You, in any way we could. Thankfully, our desire to support was matched by our customers, with a number of SSE Reward members generously giving up access to our SSE Reward lounges in order for the space to be used as part of the LIVELIVE offering for fans. It’s a truly ground-breaking initiative and something we hope will spark ongoing change in music venues across the world.”

Jack Williamson, Founder of Music & You and co-founder of LIVELIVE said: “We are honoured to be working with SSE, The SSE Hydro and DF Concerts to bring the LIVELIVE initiative to offer emotional support to people attendings Lewis Capaldi’s two sold-out shows at the SSE Hydro. It is great to see The SSE Hydro be the first arena in the world to offer emotional support to fans through this initiative and our hope is that this will become a standard across all shows in the future, providing an inclusive environment to all access needs.”