Tron Theatre's Suitcase Stories goes on the road with Front Row Cargo, a pop up performance for family audiences! 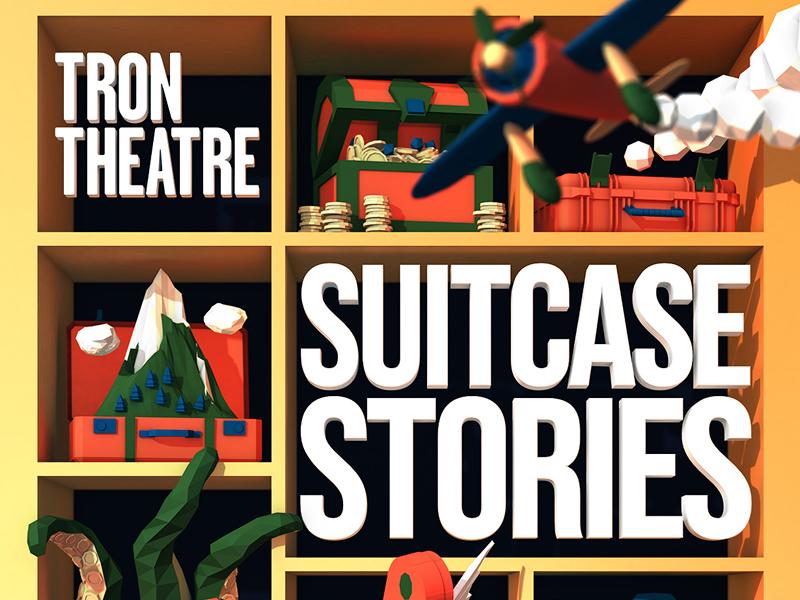 Tron Theatre's Participation team are about to go on the road with Suitcase Stories, the first of two Performing Arts Venue Relief Funded projects that will see work transported outside so that it can be delivered in a safe and socially distanced way to family audiences. Suitcase Stories will see three teams create professional mini-street theatre experiences to be performed on doorsteps, at close doors, in gardens and back courts and on drying greens across the city, visiting one household at a time with a quirky 10-minute pop-up performance.

With theatrical clowning and slapstick humour, Fiona Manson (The Polar Bears Go trilogy), with designer Valerie Reid has conceived Front Row Cargo specially for Suitcase Stories and will be the first project on the road from this Saturday, until the 20th December.

Inspired by the tradition of neighbourhood carol singing and the now familiar sight of the online shopping delivery van, Fiona has created a performance about the relationship between the parcel being delivered and the delivery driver, taking a normal event and turning it on its head to make the everyday funny and magical. Playfully transgressive at its core, Front Row Cargo can't promise parcels will arrive in one piece, but can guarantee a magical surprise suitable for anyone aged 6-12 years (and their grown-ups).

Front Row Cargo 'deliveries' are free and taking place at weekends and there are still some 'slots' available for families living in the southside (5th & 6th Dec), west of the city (12th, 17th & 19th Dec) and the east end (13th & 18th Dec). Anyone interested in a visit from this most unconventional of parcel delivery companies should contact the Tron Box Office team on 0141 552 4267 to register.

We can't wait to track this little theatrical parcel of joy!