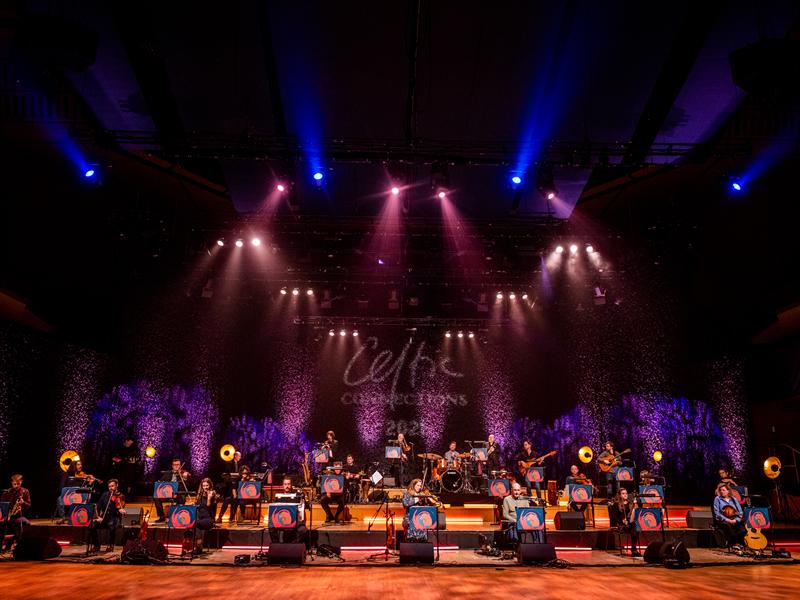 44 countries from around the world will be tuning in to tonight’s Celtic Connections Opening Concert. With over 10,000 passes already sold for the online festival, organisers can confirm that audiences from countries including Japan, United Arab Emirates, Vietnam, Saudi Arabia, Russia and South Korea will be logging in to view the first-of-its-kind online festival that has curated over 30 concerts set to take place across the next 19 days.

Celtic Connections has created unique digital content from specially commissioned projects and performances filmed across many of Glasgow’s much-loved venues. The international element, which the festival has become renowned for, is still very much a pivotal part of this year’s cultural offering as international artists have contributed to the eclectic line-up by recording performances remotely in over 10 countries.

Since its inception in 1994 Celtic Connections has welcomed the world to Glasgow but for the first time ever Celtic Connections will bring Glasgow and the music of Scotland to the world. The primary focus for this year’s festival is to reconnect with artists and audiences and to create a safe space for musicians to come together to play and make music. Musicians from at home in Scotland and across the world have created bespoke content for the loyal Celtic Connections audience to enjoy during the next 19 dark nights of winter. The festival programme, with over 30 shows and over 100 musicians, is both ambitious and diverse and delivers on a promise to promote wellbeing and optimism during these difficult times.

Donald Shaw, Creative Producer for Celtic Connections, said: “Every year we look forward to welcoming the world to Celtic Connections but this year we are delighted to be taking Celtic Connections to the world. We hope the next 19 days of entertainment reconnects music fans the world over and offers a hand of musical friendship to artists and audiences everywhere. Arts and music are such an important part of every nation’s culture and we hope that by showcasing our own rich musical legacy here in Scotland and the music of so many artists from across the world we can help instil a sense of hope and optimism that 2021 will bring with it a world in which the arts are celebrated and regain their rightful place as a vital part of society everywhere.”

Councillor David McDonald, Chair of Glasgow Life and Depute Leader of Glasgow City Council said: “The start of Celtic Connections is a moment every year which brings with it the promise of unforgettable performances in uplifting concerts. This year the festival feels particularly important as a way of linking people who would normally be heading to Glasgow from around the world to take part and enjoy all Celtic Connections offers. The response to online performances through ticket sales around the world has been fantastic and I hope everyone enjoys what is an exceptional line-up over the next 18 days.”

Culture Secretary Fiona Hyslop said: “I would like to thank the team behind Celtic Connections for their vision and innovation in bringing the festival to the world in 2021.

“For the past 26 years Celtic Connections has established itself as the main stage for audiences to enjoy and experience Scotland’s traditional music. This edition’s digital festival will captivate many more audiences from across the world by bringing online performances and events into homes for the first time.

“Through our EXPO fund, the Scottish Government has contributed £128,284 this year to support our fantastic Scottish and international artists to showcase their work in Celtic Connections’ unique digital concerts and performances.”

Alan Morrison, Head of Music at Creative Scotland, said: “It’s only when the first notes are heard at the Celtic Connections Opening Concert that you can be sure the musical year has finally begun. The early days of January have tingled with excitement in the build-up to the 2021 festival and now, across 19 scintillating days and nights, audiences everywhere will be blown away by the infectious energy of the performers and the beauty of our magnificent venues. Glasgow has proved yet again that it has few rivals as a city of world-class music.”

The ‘All Access’ ticket is priced at £40 and this will give access to all of the concerts taking place across the 19 days. It is also now possible to purchase tickets for individual shows.

For full listing information and to purchase tickets visit www.celticconnections.com