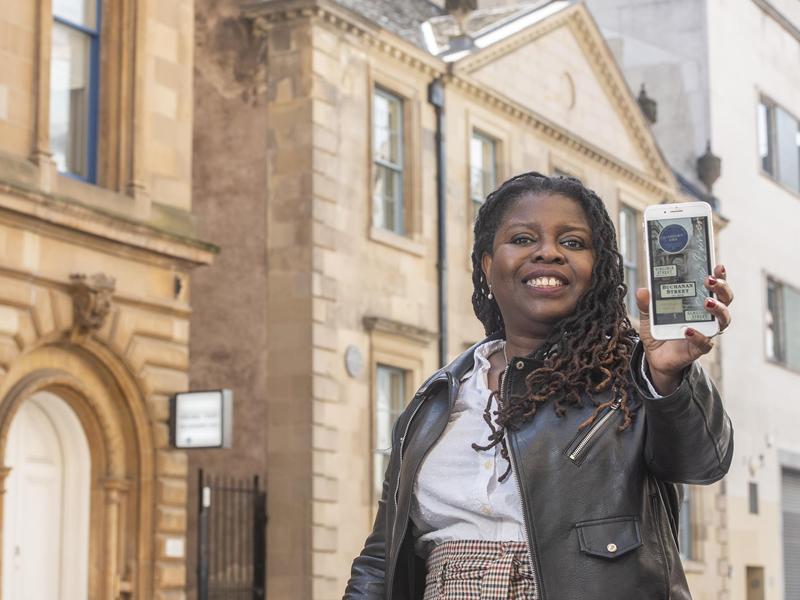 National Theatre of Scotland’s immersive app Ghosts was launched by Dr Peggy Brunache, historical consultant on the project and lecturer in the history of Atlantic Slavery, in Glasgow City Centre.

She was joined by actor Reuben Joseph.

Written and directed by Adura Onashile, Ghosts is a bespoke app that leads audiences on an atmospheric journey of over 500 years of resistance through the streets of the Merchant City down to the River Clyde, exploring the myth of Scotland’s collective amnesia of slavery and racialised wealth, of empire and identity. It is a lament to lives lost and an impassioned call to action in the present day.

Download the app, plug in your headphones, and immerse yourself in this AR experience exploring the myth of the collective amnesia of slavery and racialised wealth, of empire and identity, and of being lost and found in space and time.