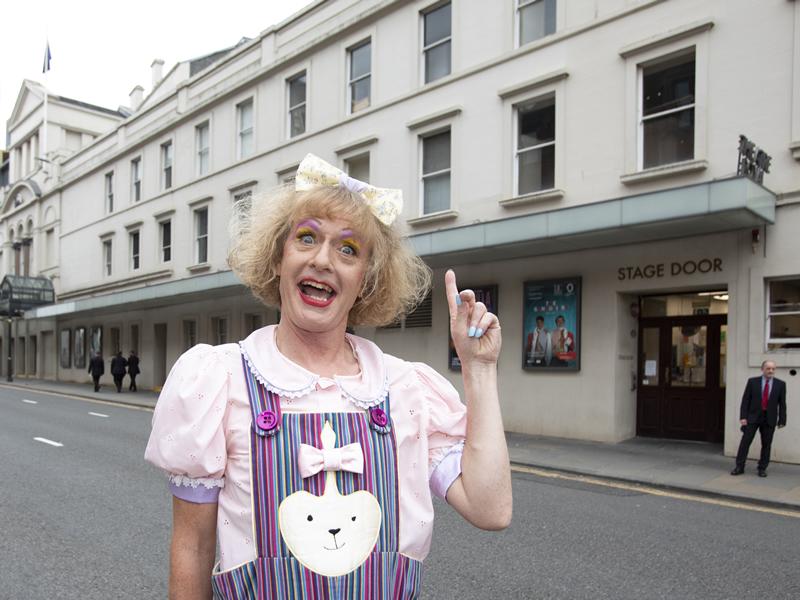 Delighting a full house with ‘A Show For Normal People’, Grayson Perry took audiences through an enlightening and eye-watering evening where existentialism descended from worthiness to silliness.

Speaking of his feelings about reopening the prestigious venue, Grayson said: “I’m honoured to have reopened the Theatre Royal. It’s exactly the sort of venue I love to play . Also, I find that as a performer I was wondering if the reputation of the Glasgow audience was true. And it is, they’re really lovely.”

From the first act to the first audience member, Linda Russell from Comrie, Perthshire was the very first patron to arrive at Theatre Royal since its doors were closed in March 2020. To mark the special moment, she was greeted by Theatre Director James Haworth and treated to a glass of fizz.

Upon arrival they said: “I’m so pleased to be back at the theatre for the first time since lockdown. I have very eclectic tastes with shows so I can’t wait to see more. This is such a lovely surprise to be the first patron through the door and be treated to a glass of fizz.”

The Theatre Royal closed its doors on Monday 16 March 2020 following Government guidance aimed to limit the spread of Covid-19 before a mandatory closure notice was given by the Scottish and UK Governments on Monday 23 March 2020 as part of a nationwide lockdown. Until reopening on Sunday 5 September, the Theatre Royal was closed 537 days, the longest period of closure in its history as a theatre.

James Haworth, Theatre Director at Theatre Royal, said: “I’m absolutely thrilled to be welcoming our audience back to Theatre Royal at long, long last. I’m so grateful to our staff who have worked hard over the last few weeks to have made this possible, and to our patrons for supporting us during this difficult time. We’re going to have a brilliant autumn season, with many more great seasons to come.”

The autumn season at Theatre Royal continues with shows including The Woman in Black, The Cat and Canary, Priscilla Queen of the Desert, Groan Ups, Les Misérables, and productions from Scottish Opera and Scottish Ballet.

Theatre Royal is part of the Ambassador Theatre Group and is the sister venue of the King’s Theatre on Bath Street, Glasgow. The King’s Theatre reopens on Saturday 11 September with the popular musical Chicago.