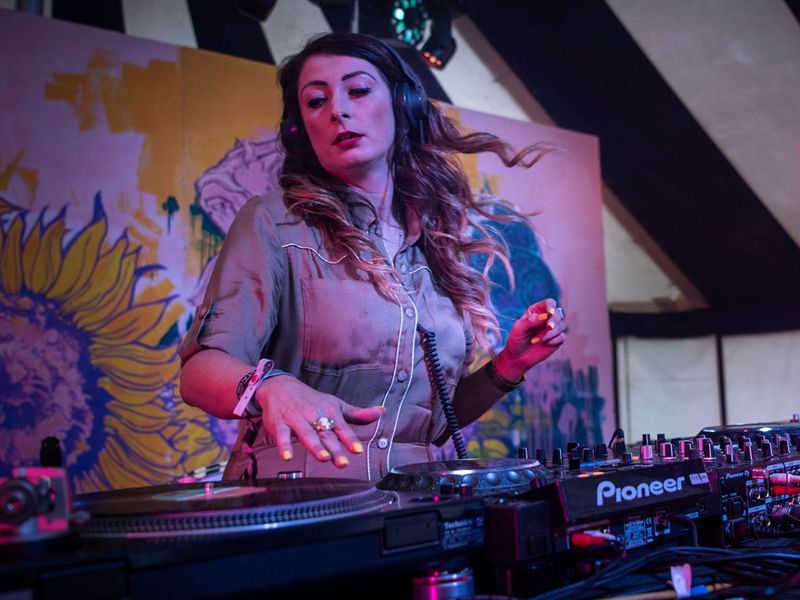 With Love from Glasgow will take place at Òran Mór this Sunday and will give a taste of the vibrant music scene there is in the city.

DJ and Producer Rebecca Vasmant has curated this unique event which has been inspired by her collaborative album of the same title. Rebecca will take this concept to the stage when she invites five live acts to perform across the afternoon and into the evening, alongside three DJs.

Live sets will come from musician and vocalist Paix and the Glasgow based collective Azamiah, which is led by INDIA BLUE and inspired by the natural world which they blend with Latin American rhythms, choral music and R&B. The emerging brass band Blue Boar Brass will also perform alongside Mama Terra – the new Scottish Jazz/Soul ensemble which is the brainchild of Marco Cafolla and Konrad Wiszniewski. Era Suite’s Kalakuta Show will also be showcased – arranged by Harry Weir (saxophonist) this performance will feature the music of legendary artist Fela Kuti. There will also be DJ sets from Nick Peacock, ButhoTheWarrior and Rebecca Vasmant herself.

Rebecca Vasmant, curator of With Love from Glasgow, said: “It has been such an honour to have put together this line up for Glasgow Jazz Festival, and I am so proud and excited to present these amazing artists to everyone. Glasgow is such an exciting city musically at the moment, especially for Jazz, and it felt only right to invite the acts that are programmed on for this day. I just keep thinking about it and getting so excited for the day, I absolutely cannot wait, and am so grateful to have had the opportunity to put together such a dream day.”

Jill Rodger, Director of Glasgow Jazz Festival said: “This is going to be such a highlight of this weekend, I can’t wait to experience With Love from Glasgow. I have always wanted to do a ‘festival within a festival’ type of event that takes place during the day and here it is! This particular event is especially close to my heart as we get to celebrate the best of the up-and-coming talent from Glasgow and this is something we, as a festival, continually strive to showcase each year.”

Rebecca Vasmant is regarded as one of the most exciting artists on the UK scene and she has a fast-growing reputation for her unparalleled knowledge and appreciation for music in its many forms.

Rebecca’s story started in Glasgow, where she has spent years promoting her own parties, holding a residency and record fairs at the esteemed Sub Club, all the while holding a regular slot on BBC Radio Scotland. Bringing her sounds further afield, Rebecca also hosts a monthly radio show on Worldwide FM.

When she’s not spinning records, Rebecca regularly brings her creative energies to the studio and stage through composing and producing her own music on her burgeoning record label, Rebecca’s Records.

Although Rebecca’s love for jazz music is particularly irrepressible, her DJ sets journey across many sounds and genres, and she has brought these experiences to renowned clubs and festivals across the world.

Jazz will be the sound of the city this weekend when the Glasgow Jazz Festival will take over multiple venues for their annual event. Starting this Thursday, 16th June, the four-day festival will include over 24 performances from some of the biggest names in jazz, blues, soul, funk, R&B, World music, afrobeat, cosmic and spiritual jazz.