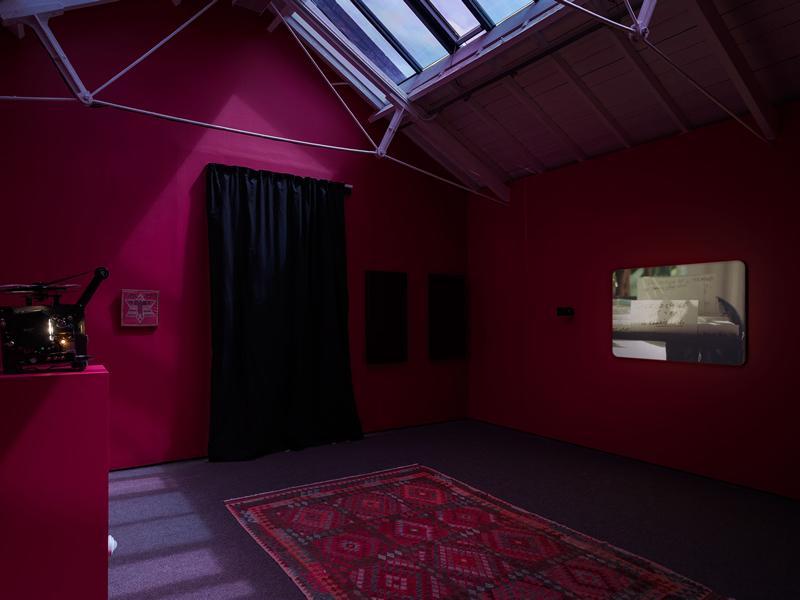 About Index Cards and Letters

The Modern Institute presents Luke Fowler for Glasgow International 2021. Having built a filmography that is largely focussed on marginalised or forgotten public figures, Index Cards and Letters marks a turning point in the artist’s body of work toward the personal and the interpersonal. The show comprises two recent 16mm films: Mum’s Cards (2018) and For Dan (2021). Mum’s Cards reflects on the tools of his mother’s trade, an archive of index cards which embody a lifetime’s intellectual labour as a social scientist; whilst For Dan, filmed in an eco-community in Queensland, Australia, explores an intense period of correspondence between his late father and his best friend, the radical university lecturer Dan O’Neill. The film documents impressionistically both the friendship between these two young men and a social history of Australia in the early 1960s.

Luke Fowler (b. 1978, Glasgow) is an artist, filmmaker and musician. Fowler received the inaugural Derek Jarman Award in 2008; has been nominated for The Turner Prize in 2012; and was one of the recipients of Artists and Archives: Artists’ Moving Image, BBC Scotland in 2014 - in the same year, MACK published Fowler’s first monograph of his Photo Archive body of work. Fowler debuted a new sound sculpture at the Nasher Sculpture Centre, Dallas in 2018, and his short film ‘Mum’s Cards’ was awarded the 2019 Scottish Short Film Award at Glasgow Short Film Festival, as well as the prize for Best Short Film at Punto de Vista International Documentary Film Festival of Navarra, Spain. More recently, Museo Reina Sofía and Documenta Madrid presented a retrospective on Fowler: A Certain Predilection for Things Out of the Ordinary.

Other Events at The Modern Institute or Glasgow International

For Glasgow International, The Modern Institute presents a new exhibition by Eva Rothschild at its Aird's Lane gallery, which extends the artist's interest in reinvigorating conventional sculpture.
Read more

Sincere Severity - An Exhibition By Chandelle Waugh and Eilidh Reilly

Govanhill International Festival and Carnival is a cultural celebration of our unique community, including a Carnival Parade on Saturday 7th August and a whole host of other events!
Read more

Gerber Fine Art is proud to present an exhibition by the artist Margot Sandeman, well known for vivid landscapes of the West Coast and interior still lifes influenced by the Arts & Crafts tradition.
Read more

Being screened at CCA Glasgow, Dampbusters is the third in a triptych of films exploring the past, present and future of community organising in Glasgow.
Read more

The 2021 Largs Viking Festival & Festival of Fire, marking the 1263 Battle of Largs, will be held between the 28th August and 5th September!
Read more

On September 4th & 5th Caledonian Rock Shop will once again host the annual Scottish Mineral, Fossil and Jewellery Show, come and see for yourself what natural treasures can be found here in Scotland!
Read more