Tramway is an international art-space that commissions, produces and presents contemporary arts projects. 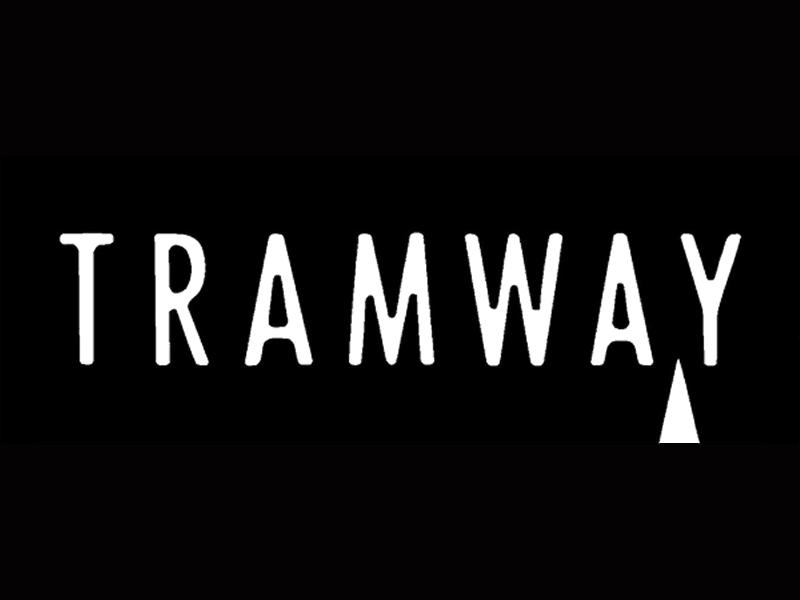 Our vision is to inspire and add to our understanding of today's world by connecting audiences and artists. Tramway is a space where you are welcomed to witness, engage, experience, participate, to be challenged and to learn...

Tramway 1
Tramway 1 is normally associated with large-scale performing arts projects. It is a flexible theatre space capable of meeting the needs of the most demanding projects and ambitious ideas through its ability to adapt and change from show to show.

Tramway 2
Tramway 2 is the principal exhibition space and one of the largest single galleries in Europe, approximately 1011 square metres in size. The original tramlines, steel pillars and the sheer scale of this space make it one of the most impressive visual arts spaces in Europe.

Tramway 3
The public space that creates a throughway between the exhibition and theatre spaces; Tramway 3 consists of our Box Office, and 'Street' area, which regularly hosts participatory activities and public events. It leads into the Café Bar and looks out onto The Hidden Gardens to the rear of the building.

Tramway 4
A studio theatre, with a seated capacity of 86. A very adaptable space Tramway 4 is often utilised as a residency space for artists, as well as hosting performances, talks, film screenings, seminars, and symposia.

Tramway 5
Tramway 5 is the street-facing gallery, it was created in 2009 as part of the redevelopment that saw the relocation of Scottish Ballet’s headquarters to adjoin Tramway. This 184 square metre space hosts both international, UK and Scottish artists’ work.

The Upper Foyer gallery space is used to show community exhibitions and participation project outcomes, and is regularly used by Time for Art and Visual Arts Studio students. It also hosts talks, workshops and participation activities.

All information (whether in text or photographs) is supplied in good faith but should not be relied upon as being a statement of representation or fact. We take every opportunity to ensure the details for Tramway are accurate, please contact us at hello[@]whatsonnetwork.co.uk if any of the above information is incorrect.

Opened in 2003, the Hidden Gardens is an award-winning unique public greenspace and community development organisation located in Pollokshields, one of Scotland's most diverse communities.
Read more

The Glasgow Royal Concert Hall is one of Scotland’s most prestigious venues and world renowned classical, jazz, pop, rock and folk artists take to its stages for nearly 250 performances each year!
Read more

The Palace Theatre is a 500 seat theatre which offers a year round programme of music, comedy, drama, dance and light entertainment, offering something...
Read more

The Britannia Music Hall (The Panopticon) located at the end of Argyle Street in Glasgow's Trongate is the oldest surviving music hall in the world!
Read more

The Fort Theatre is home to the Antonine Theatre Group who perform at least two full-length plays and a pantomime per season. Cabaret nights are also a regular feature in the theatre group's calendar.
Read more

Formerly known as The Marlborough Ballroom, The Shed is the biggest and best nightclub in the south side of Glasgow, as well as a bustling arts and entertainment venue!
Read more

Platform is the arts centre at the heart of The Bridge, located in Easterhouse, offering a year-round programme of cutting edge performance, music, visual arts and participation.
Read more

Queen’s Park Arena is a unique urban outdoor destination in the heart of Glasgow’s Southside. The venue can accommodate many types of events from small community events to headlining acts!
Read more

The Theatre Royal Glasgow presents a wide variety of drama, dance, comedy, opera, musical and children’s theatre! Find out what's on and book your tickets online with What's On Glasgow!
Read more

All Theatres listings in Glasgow