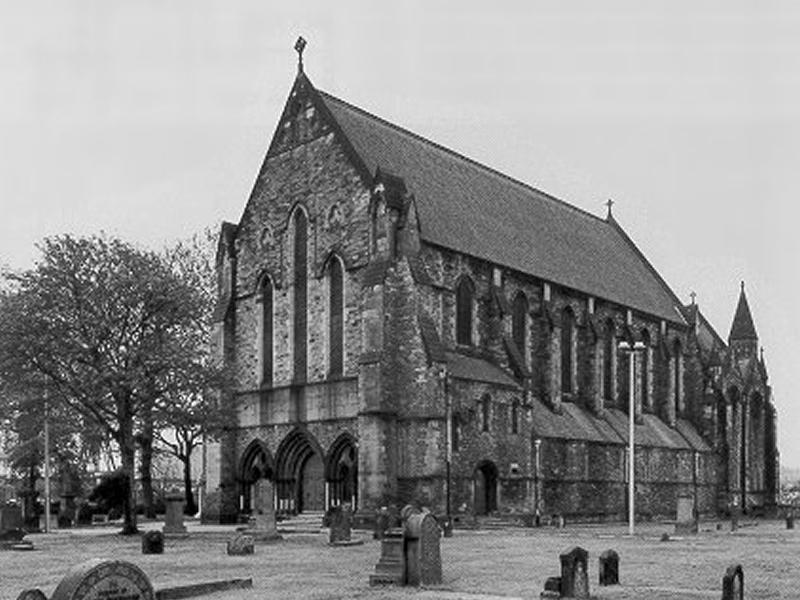 Listed Under Attractions - History and Culture

Govan Old Church is the oldest place of worship in Glasgow, located in the historic community of Govan – believed to have been the administrative and ecclesiastical centre of the ancient kingdom of Strathclyde.

Govan, originally an agricultural and fishing village, grew during the industrial revolution, through the development first of weaving then light engineering, to become, in the early 20th century, a world leader in the ship-building industry. Following the economic depression, and the decline of Scotland’s heavy industry, the face of Govan has changed significantly. In 1912, then an independent burgh with a population of around 100,000, Govan became part of the city of Glasgow. There are signs currently, that with major public investment and the involvement of a range of statutory bodies, public agencies and voluntary organisations, issues of physical and social deprivation are being addressed, and there is a real prospect of effective regeneration.

The congregation of Govan Old Parish Church became part of Govan and Linthouse Parish Church in October 2007 and are committed to playing their part in this process of change. The congregation of the new Parish Church now comprises just over 300 members, predominantly elderly but with a significant number of younger people who also live either in the parish or nearby and are involved with many organisations within the local community.

All information (whether in text or photographs) is supplied in good faith but should not be relied upon as being a statement of representation or fact. We take every opportunity to ensure the details for Govan Old Church are accurate, please contact us at hello[@]whatsonnetwork.co.uk if any of the above information is incorrect.

Sorry, but we have no upcoming events for Govan Old Church. If you know of an event taking place at Govan Old Church or anywhere else in Glasgow tell us about it and we'll list it on the website, for free!

Discover the unique collection of early medieval stones carved in the 9th-11th centuries to commemorate the power of those who ruled the Kingdom of Strathclyde...
Read more

More History and Culture in Glasgow

The focal point of George Square is one of the city’s most iconic and imposing buildings, the City Chambers, whose magnificence tells the story of the...
Read more

The National Trust for Scotland's Tenement House provides a rare glimpse into life in Glasgow in the early 20th century, in this faithfully restored four-room house!
Read more

The Glasgow School of Art

Auld Kirk Musuem houses a rich collection of objects of local, national and international significance, interpreted in an innovative, exciting and educational way for visitors of all ages!
Read more

Nestled in the heart of Kilmarnock, Dean Castle Country Park is a fantastic free day out for all the family!
Read more

Based in the former Bridgeton Bus Garage, The Glasgow Vintage Vehicle Trust is now well established as a heritage centre for buses and commercial vehicles!
Read more

The People’s Palace, set in historic Glasgow Green, tells the story of the people and city of Glasgow from 1750 to the end of the 20th century.
Read more

Kelvingrove Art Gallery and Mu​seum is one of both Glasgow's and Scotland's most popular free attractions boasting an extensive collection of over 8000 objects displayed across 22 themed galleries!
Read more

All History and Culture listings in Glasgow