The Western Necropolis is a large cemetery complex north of Glasgow City Centre. 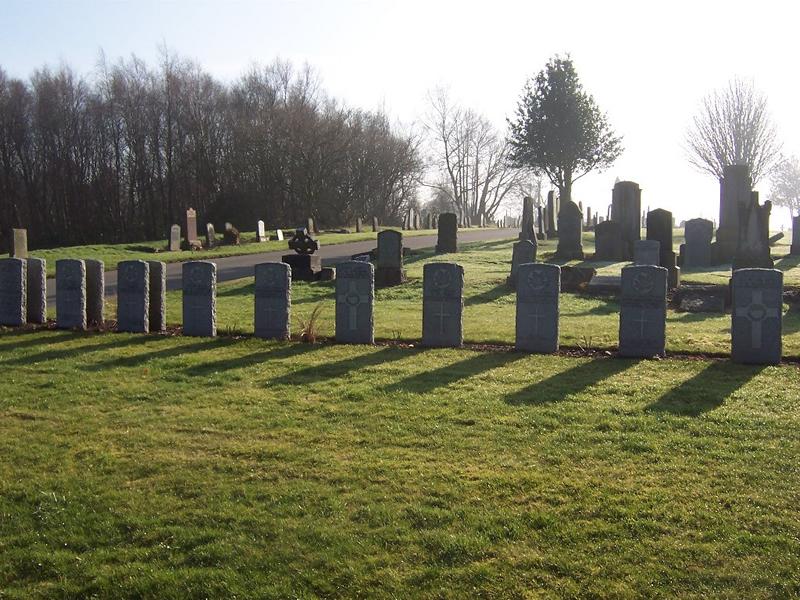 Listed Under Attractions - History and Culture

Adjoining this site are the following large cemeteries: Glasgow Lambhill and Glasgow St Kentigerns Cemetery, all three are separate but adjoin each other. Glasgow Garnet Hill Hebrew Burial Ground and Glasgow Crematorium Memorial is also at this site.

Vehicle access is prohibited to all sites in the evenings with gates closing at 17.00hr in winter and 18.00hr in the summer, pedestrian access is still possible.

HISTORY INFORMATION
During the two world wars, the United Kingdom became an island fortress used for training troops and launching land, sea and air operations around the globe. There are more than 170,000 Commonwealth war graves in the United Kingdom, many being those of servicemen and women killed on active service, or who later succumbed to wounds. Others died in training accidents, or because of sickness or disease. The graves, many of them privately owned and marked by private memorials, will be found in more than 12,000 cemeteries and churchyards.

Glasgow was one of the ports of embarkation for the British Expeditionary Force in 1914 and several military hospitals opened in the city during the First World War, including the 3rd and 4th Scottish General (1,200 beds each), and the Merryflats War Hospital (500 beds). Battalions of a number of Scottish regiments had their headquarters at Glasgow during both wars, most notably the Highland Light Infantry. The Clydeside shipyards were targeted by German bombers during the Blitz, and Glasgow suffered a particularly ferocious attack on the night of 13/14 March 1941 when many civilians and servicemen were killed.

GLASGOW WESTERN NECROPOLIS contains 359 First World War burials, many of them grouped together in Section P, with a small group of Australian graves in Section N. A screen wall near the main entrance carries the badges of the regiments represented in Sections P and H. The 124 Second World War burials are scattered throughout the cemetery, although there are two among the earlier war graves in Section P. Also in this group are two inter-war service burials and two German war graves.

GLASGOW CREMATORIUM stands within the Western Necropolis and a memorial in the garden of rest commemorates one servicemen of the First World War and 72 of the Second World War whose remains were cremated there. The graves are being maintained by the Commonwealth War Graves Commission.

All information (whether in text or photographs) is supplied in good faith but should not be relied upon as being a statement of representation or fact. We take every opportunity to ensure the details for Glasgow Western Necropolis are accurate, please contact us at hello[@]whatsonnetwork.co.uk if any of the above information is incorrect.

The Glasgow Necropolis is a Victorian cemetery located on a low but very prominent hill to the east of Glasgow Cathedral.
Read more

More History and Culture in Glasgow

Glasgow Museums offer something for everyone. Whether you want to find out more about an artist, come with your class to see how we used to live, see...
Read more

Step back in time and discover Glasgow's unique history with a visit to the oldest house in the city... The Provand's Lordship!
Read more

Clydebank Museum opened in 1980 in Clydebank Town Hall. It was originally operated by volunteers drawn from the local communities that had lobbied for...
Read more

The People’s Palace, set in historic Glasgow Green, tells the story of the people and city of Glasgow from 1750 to the end of the 20th century.
Read more

War and romance, smuggling and heroism, tales of the supernatural and more – Royal Dundonald Castle is one of Scotland's most unexplored and fascinating treasures!
Read more

Auld Kirk Musuem houses a rich collection of objects of local, national and international significance, interpreted in an innovative, exciting and educational way for visitors of all ages!
Read more

The focal point of George Square is one of the city’s most iconic and imposing buildings, the City Chambers, whose magnificence tells the story of the...
Read more

The Glasgow Necropolis is a Victorian cemetery located on a low but very prominent hill to the east of Glasgow Cathedral.
Read more

All History and Culture listings in Glasgow