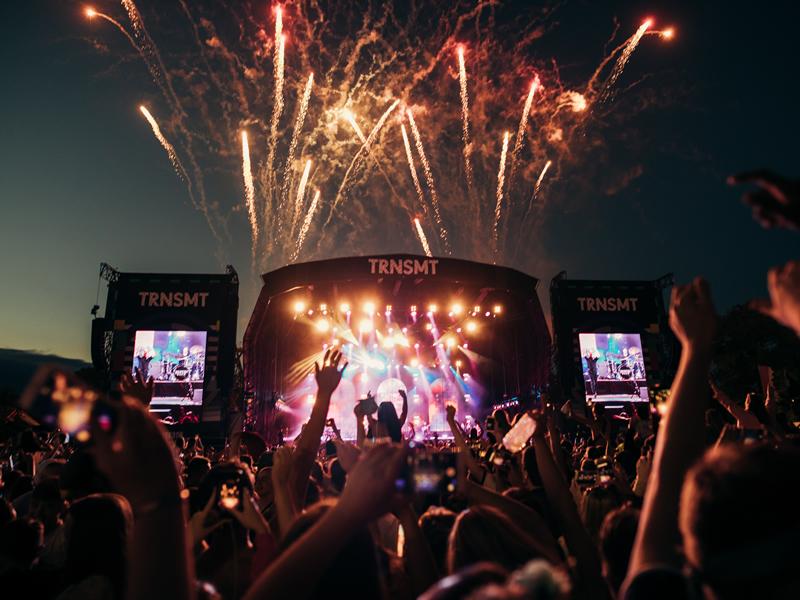 As the sun set on the sold-out festival, organisers DF Concerts confirmed dates for 2020 as 10th – 12th July with a spectacular projection on Glasgow’s McLennan Arch and Trongate Clock Tower, seen by tens of thousands of fans who exited from Glasgow Green after George Ezra’s closing performance.

Festival Director Geoff Ellis said: “After three hugely successful years, TRNSMT is now an established part of Glasgow’s annual cultural calendar and we’re proud to have projected our 2020 dates into the heart of the city.

“Planning is already well underway, and we’ll continue to work closely with Glasgow City Council, councillors and local residents to make next year’s event another incredible year for TRNSMT’s audience - that are a credit to Scotland - and the amazing city of Glasgow.

“This year’s sold-out festival was the best yet with so many highlights; from Stormzy’s police escort entrance to TRNSMT on Friday evening, Gerry Cinnamon’s huge performance on the Main Stage, the sun-drenched set from the outstanding Sigrid, Catfish and the Bottlemen’s closing Saturday night, plus George Ezra and Lewis Capaldi’s epic Main Stage performances, it was an outstanding weekend of music. We can’t wait to return to Glasgow Green next summer for another phenomenal weekend of music.”

The festival featured sold-out audiences with TRNSMT fans enjoying three days of incredible music, with more than 64 acts performing across 5 stages, including huge performances from Stormzy, Catfish & the Bottlemen, George Ezra, Gerry Cinnamon and Lewis Capaldi. With a host of performances from some of the best talent on the scene right now on the King Tut’s Stage Powered by Utilita Energy, incredible energy on the Queen Tut’s Stage, plus live DJ sets in the Smirnoff House and Utilita Power Tree, TRNSMT 2019 has firmly established itself as Scotland’s biggest and best event in the summer.

The quest to have Scotland's very first ever LEGO set endorsed by the LEGO Ideas Group took one step closer to becoming a reality last week.
Last Updated: 6th August 2020

Inspired by a true story, Everybody's Talking About Jamie is the new award-winning five-star hit musical for today, catch it at the King's Theatre Glasgow in October!

The biggest drag show in the world, RuPaul’s Drag Race: Werq The World, is coming to The SSE Hydro, Glasgow on 16th May 2021!