Season extended for The Lion King at the Edinburgh Playhouse

Due to overwhelming demand, Edinburgh Playhouse are pleased to announce a seven week extension for Disney’s The Lion King, the only Scottish venue on the UK & Ireland tour. 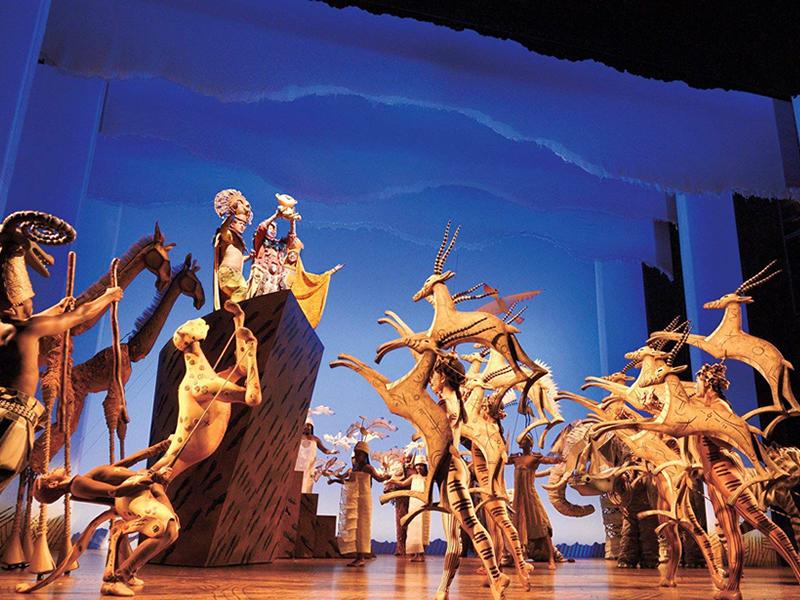 Colin Marr, Theatre Director at the Edinburgh Playhouse said: “We have seen exceptional demand for Disney’s THE LION KING’s return to the Playhouse. From Edinburgh locals to across Scotland from the borders to Shetland islands.”
“We have seen bookings from across the globe - from the Netherlands, United Arab Emirates to Australia and South Korea. We can’t wait to welcome even more audiences to this phenomenal show and to our incredible city.”

Tickets will go on general sale from 10am, Thursday 12 September online, by phone and Edinburgh Playhouse Box Office with strong demand expected as per the first on sale in March.

The production has also announced today additional audio described, signed and captioned performances as part of the new dates in February and March.

As previously announced, a dedicated relaxed performance will take place on Sunday 26 January. The Lion King is committed to creating a friendly and inclusive audience experience. Having now hosted five Autism-Friendly performances in London, the landmark musical is delighted to be presenting a Relaxed Performance in each city it visits on the tour.

Relaxed performances are specially adapted to be accessible to a wide range of audiences such as those with autism, learning difficulties or other sensory and communication needs, with extra trained staff on hand and dedicated quiet areas inside the theatre should anyone need to leave their seat. All patrons who feel this performance might suit their specific needs are warmly encouraged to attend.

The Edinburgh season, part of UK and Ireland tour coincides with THE LION KING celebrating 20 years at London’s Lyceum Theatre. Since the UK premiere on Tuesday 19 October 1999, THE LION KING has entertained more than 16 million theatregoers and remains the West End’s best-selling stage production and sixth longest-running West End musical of all time. The UK tour opened in Bristol this weekend Saturday 7 September before moving onto Edinburgh from Thursday 5 December 2019.
The tour also follows the cinema release of Disney’s THE LION KING this summer. Directed by Jon Favreau, the film bought the timeless story to the screen in a whole new way and has now made over $1.5 billion worldwide making it the 7th biggest film of all time.