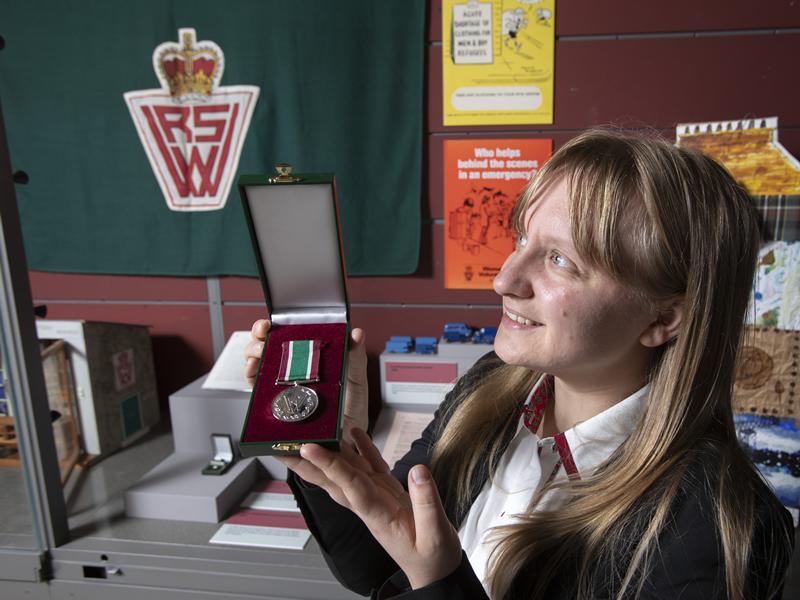 Compassion in Crisis at Kelvingrove Art Gallery and Museum celebrates the contribution of volunteers in Glasgow, from the Second World War to the Facebook generation.

From collecting salvage and distributing ration books during the Second World War to supporting the emergency services at the Lockerbie disaster and running lunch and social clubs, the volunteers of Royal Voluntary Service have, for over 80 years, always been there to offer comfort and compassion in crisis.

Now, the fascinating story of the volunteers of Royal Voluntary Service in Glasgow is being told at a new exhibit in the community exhibition space at Kelvingrove Art Gallery and Museum.

Running until 31 January 2020, Compassion in Crisis chronicles eight decades of Royal Voluntary Service in the city, from its very beginnings, when the women of Glasgow Women’s Voluntary Services (WVS) supported the Home Front to help win the war, to the vital role its volunteers play today.

Through a collection of documents, photographs, objects and film from Royal Voluntary Service’s Heritage Collection [and the modern day], Compassion in Crisis recounts how the organisation was founded to help civilians in the event of Air Raids, but ended up doing so much more.

WVS was set up in 1938, after the Home Secretary at the time asked, Stella, Lady Reading to form a nationwide organisation to assist local authorities recruit women into the Air Raid Precautions movement and assist civilians during and after air raids. However, realising its vast potential and capabilities, the WVS’s role was soon expanded to include just about anything.