itison has announced the launch of The itison Pumpkin Fund, its brand new community engagement initiative, allowing GlasGLOW to give back! 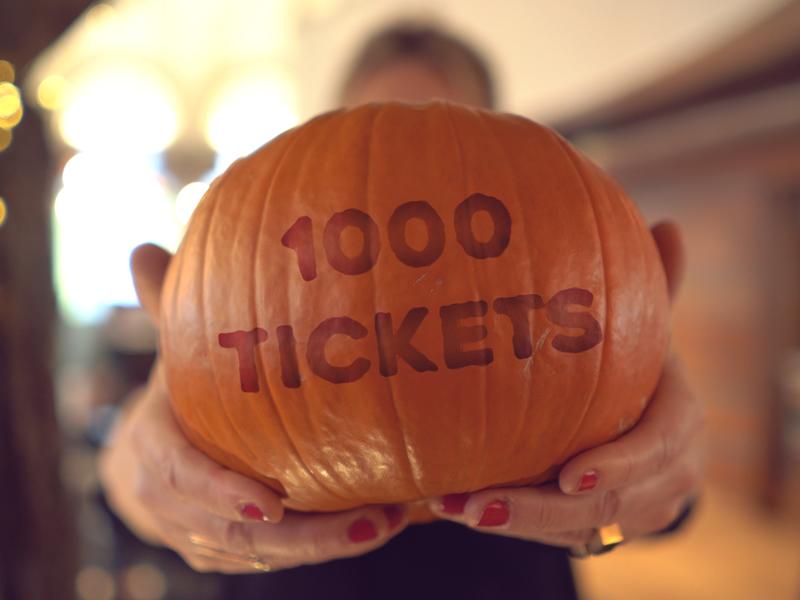 Oli Norman, CEO of itison and creator of GlasGLOW, said: “It was important to me that with GlasGLOW comes good and that every year we’re making a positive impact to the community, so I’m really excited to be launching The itison Pumpkin Fund.

“We’ve already given away 1,000 tickets to people who need it most and committed to donate and fundraise for an “Off we GLOW” minibus for autistic children at Highpark LCR Primary in Ruchill.

“This is just the beginning for The itison Pumpkin Fund, we’re aiming to go even bigger and better next year, so however big or small, we hope you’ll join us in helping GlasGLOW give back!”

2. Funding a mini bus for Highpark LCR in Ruchhill – itison is donating its own funds as well as fundraising at the show for a much needed “Off we GLOW” minibus for autistic children at Highpark LCR Primary in Ruchill, to allow them to get out and explore the city.

3. The Pumpkin Patch – itison has engaged local schools and community groups across the city to take part in a community effort to create The Pumpkin Patch. Pumpkins have been delivered to schools and groups to carve and decorate in a programme aimed at promoting healthy eating and creativity to kids (and adults alike).

The Pumpkins then make their way to The Pumpkin Patch at GlasGLOW for thousands of GlasGLOWers to enjoy every evening.

itison has secured 5 major supermarkets – Tesco, Lidl, Waitrose, Iceland and Sainsburys, along with the Glasgow Fruit Market to donate hundreds of pumpkins to the project.

Once these pumpkins have past their best, they’re broken down into renewable energy by Changeworks Recycling and turned into power for Glasgow.

itison also announced last week that GlasGLOW is the first major event in Scotland to launch a Sensory Guide for those with autism. The guide was created in partnership with the National Autistic Society Scotland and covers what sights, smells and the space to expect in each area. You can contact glasglow@itison.com to request the guide.

Limited tickets for GlasGLOW are still available, but with over 63,000 tickets sold you’ll need to be fast to avoid missing out. Tickets are priced at:

Event information
Got a story to share? Send us an email at hello[@]whatsonnetwork.co.uk