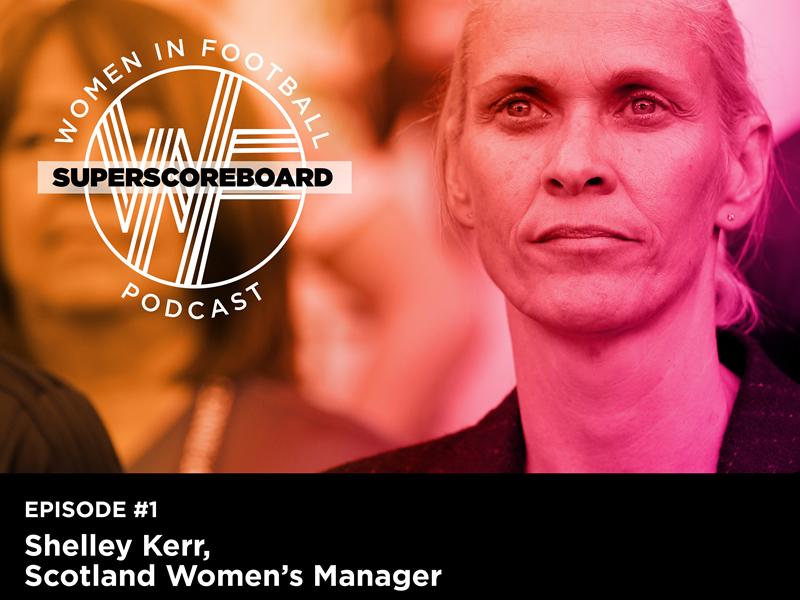 The Superscoreboard Women in Football Podcast will launch with an interview with Shelley Kerr (MBE), manager of the Scotland Women’s team who gripped the nation at last year’s Women’s Football World Cup.

In the first episode, Shelley talks about how women’s roles in the beautiful game are evolving and also sheds light on her name being touted for the Hearts job.

St Mirren captain Jane O’Toole, who recently went viral after putting her own dislocated knee back in place mid-game and playing on, also features in the first episode.

New episodes will be released every two weeks and other prominent figures from the female footballing world that will feature include Suzanne Grant (ex-Scotland, Arsenal), Anita Marcos (Athletico Madrid, on-loan at Celtic), Mariel Kaney (Hearts) and Amy Muir (Hibs).

Jo Hendry, who has led the interviews for Superscoreboard’s Women in Football Podcast said: “There has been a huge desire within Clyde and the Superscoreboard team to launch a dedicated platform for women’s football. Last year, Scotland’s women captured the hearts of the nation at the France World Cup and we wanted to support the sport and help continue the momentum.

“The Women in Football Podcast will include interviews from a range of people involved right across the sport and we’re sure it will be an enlightening and entertaining listen for all fans of the beautiful game – male and female.”

You can listen to Clyde 1’s Superscoreboard: Women in Football Podcast here: https://planetradio.co.uk