Glasgow's hugely popular bike hire scheme has recorded one million hires just as a significant expansion of the service is about to go live. 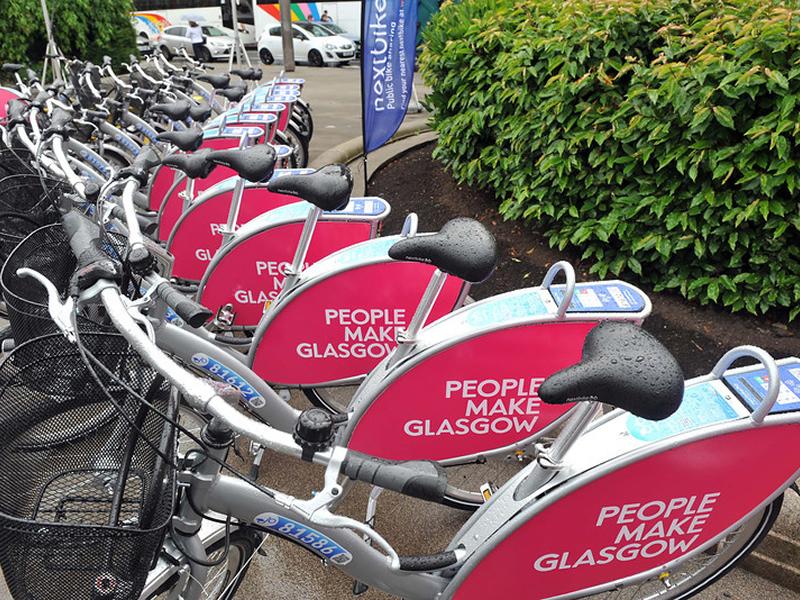 New stations have been installed at 12 points across the city taking the number of hire points spread across Glasgow to 79. As part of the expansion an additional 60 bikes are hitting the streets this week, with a further 60 due to arrive in the autumn, taking the total number of hire bikes in the city to just under 800.

Launched in 2014, the scheme has grown rapidly in the last two years and is increasingly becoming a fixture in the city's transport system, used both by commuters and leisure cyclists alike.

With 500,000 hires in 2019 alone, achieving one million hires in total is being hailed as clear sign of the growing support for sustainable transport in Glasgow.

Councillor Anna Richardson, City Convener for Sustainability and Carbon Reduction, now sees the nextbike-operated scheme as on course to smash the longstanding target of 1000 bikes at 100 stations by 2025.

Councillor Richardson: “This expansion has been in the pipeline since the start of the year but there really couldn't be a better time to increase the availability of the city's bike hire service.

“Cycling enjoyed a real boom in recent months with riding a bike clearly seen as one of the best ways to keep fit and active during lockdown. With restrictions now easing, people are considering their travel options and the bike is set to remain an attractive choice for many.

“Having an expanded service with more bikes and parts of city having stations installed for the first time will make it easier for cycling to become an increasingly positive choice across Glasgow.

“Passing the landmark of one million hires shows the city has a huge appetite for more sustainable forms of transport. One million hires means we are heading in the right direction and gives us the confidence to keep building on the success of the bike hire service.

“At the current rate of progress we will beat our target of 1000 bikes at 100 stations by some distance and then we must look at what needs to be done to ensure the service continues to grow.”

The latest expansion to the nextbike service was secured thanks to funding from Transport Scotland in support of Glasgow's Low Emission Zone and also from nextbike.

Krysia Solheim, nextbike MD, said proudly: “Glasgow's commitment to cycling continues to know no bounds and I am delighted that we keep pushing past the milestones. A million rides is astonishing, not just for the scheme but for the city and the planet.”

Locations were chosen to help ensure a sustainable expansion of the service.

nextbikes are available 24 hours a day and users can register and hire bikes in just a couple of minutes. The cycle share scheme is one of the cheapest ways to get around the cities within which it operates, with fees starting from as little as 8p per day.

Full details of all locations can be found by downloading the nextbike phone app from Apple store or Google Play.