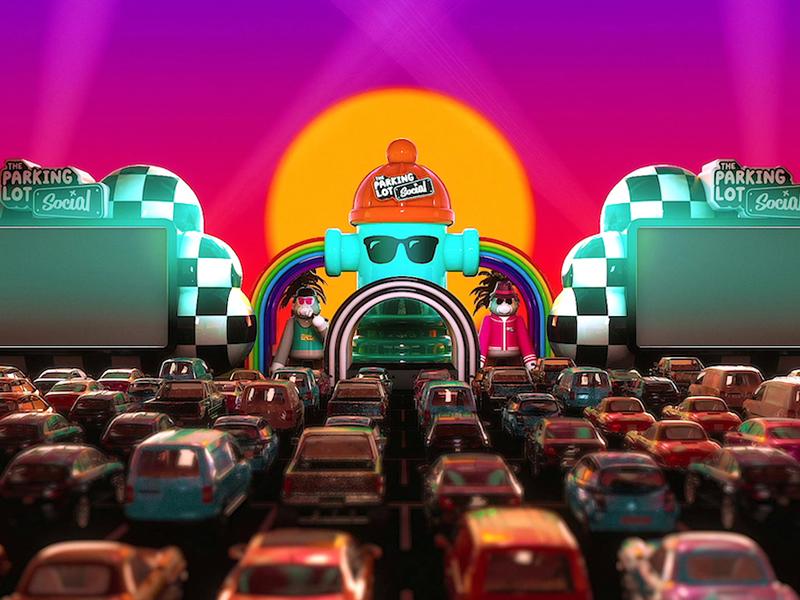 The Parking Lot Social, Scotland’s biggest ever drive-in tour, has announced extra dates to its Edinburgh and Glasgow stops. The events will now run for an extended two weeks, with Edinburgh taking place from 12 to 23 August, before moving to Glasgow from 26 August to 6 September.

The news comes after Culture Secretary, Fiona Hyslop, announced that drive-in events are permitted to run, providing a welcome boost to the events sector. Following public health advice, the risk associated with drive-in live events – where the audience remains in their parked cars – is sufficiently low.

Josh Kinnersley, Chief Operating Officer at XL Event Lab, said: “Our events are designed around people staying in their parked cars at all times, so the new advice from the Scottish Government doesn’t impact our plans. We’ve focused on entertainment formats that translate naturally to a drive-in platform, really using the limitations of being in a stationary vehicle to our advantage.

“We have the best technology and a custom-made set to bring the event to life and give the public something new and unique, and we’ll be working closely with local authorities at each event to ensure that all safety measures are in place.

“While other promoters are exiting the drive-in events space, we’ve seen a real appetite from the public and are adding more dates to meet demand. Tickets are on sale now and we look forward to kicking off the tour next month.”

The first stop of the tour will take place in Edinburgh’s Dalkeith Country Park, with the Glasgow Skyport Park & Ride confirmed for the second leg. The Parking Lot Social will then continue its tour around Scotland, heading to Perth, Aberdeen, Dundee and Inverness.

Running from Wednesday to Sunday, car loads will enjoy a stellar line up of films, car-a-oke, bingo, quizzes and comedy all done in a safe, socially distant way. For families with younger children, a ‘Social Kids’ event will offer content adapted to a younger, family-oriented audience and an earlier start time.

Attendees will take part in the interactive event from their own cars, parked in front of a vast custom-made performance set, featuring two 40ft screens. Audio will be transmitted directly from the stage to custom-made wireless headphones and through a dedicated FM radio channel for listening via the car stereo.

Keeping guests and staff safe, the whole event is designed with social distancing at its heart from entering the site, getting food delivered and taking a trip to the loo.

The full line up for the Edinburgh and Glasgow events will be announced in the coming weeks.

Tickets for The Parking Lot Social are on sale now at Seetickets.com