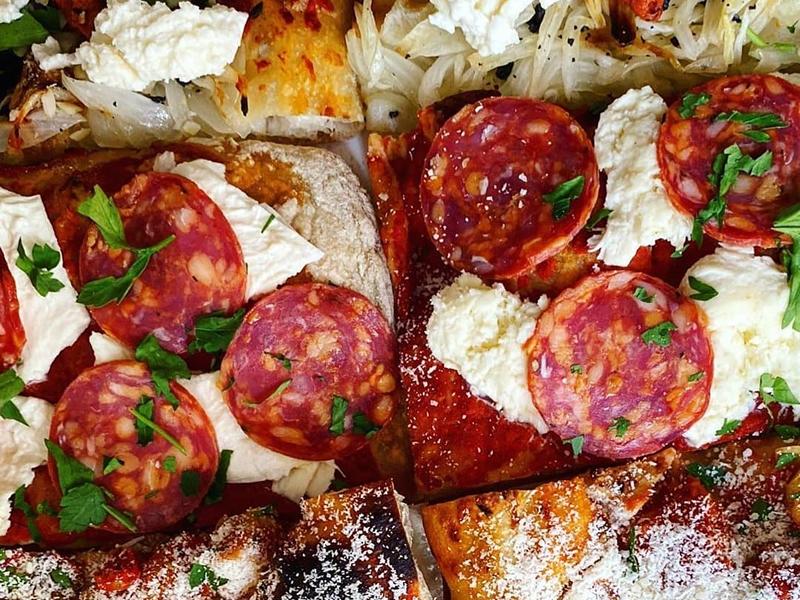 Created to celebrate their reopening and to mark their birthday month, the lineup will see culinary collaborations with local legends YuCa Taco, Baked Pizza and renowned chef, Craig Grozier and his newly launched Fallachan Cart.

From August (and running from Thursday, August, 6 - Saturday, August 22nd) the talented chef, Craig Grozier and his Fallachan Cart pop-up concept will start their three-week Dark Kitchen residency creating casual street-cart inspired fare that will leave you wanting you more.

For their first week, Fallachan Cart will be collaborating with celebrated chef and old friend James Murray, director and chef of JARRED and JFC, to bring the ultimate gourmet fried chicken takeover using premium, organic ingredients and delicious foraged trimmings.

Sampling both sweet and spicy fried chicken thighs and drums, the delicious £20 set menu will also feature nuggets, JARRED pickles, aioli and salad, with a selection of extra sides available on the day.

Following weeks will see culinary influences from all over the world, including Asia, Spain, Mexico and the Middle East.

The Gate will also be matching drinks for each menu and creating some unusual twists for guests to enjoy from their award-winning team.

Craig Grozier, chef and founder of Fallachan and Fallachan Cart said: “Whilst in lockdown, I spent a lot of time cooking the food I missed from the restaurants I could not go to that were closed, and the great street food that I have eaten on my yearly travels around the globe with Fallachan. Along the way, I have been developing and logging these recipes, starting Fallachan Cart and collaborating with The Gate will now give us the opportunity to share these with you all.”

Fallachan was established in 2012, by director and chef, Craig Grozier. He has taken his inspiration from some of the great establishments he’s cooked in across the globe; along with citing historic Scottish food, France and Japan as particular influences, his focus lies in the elevation of cooking with amazing hyper-local produce which is abundant in Scotland. Their new sister concept, Fallachan Cart, takes their influences from the street food that he has sampled whilst working around the globe.

Andy Gemmell, owner of The Gate said: “I have known Craig for a long time and have watched him perfect his craft over the years. He’s an incredible chef and by him taking on street food I know that it’s going to be another level. Combine that with some of the chefs that he is bringing in to collaborate with and that's a recipe for delicious food.”

Dark Kitchen takeovers begin this weekend at The Gate and run until the middle of August.

Tables are very limited and expected to sell out very quickly. For reservations, please visit www.thegateglasgow.com or email contact@thegateglasgow.com to book your table. There will also be a limited number of walk-ins available during this five week pop-up.

The Gate has additional safety measures in place to ensure a safe and comfortable environment for their guests including limited numbers of tables, additional cleaning and more.