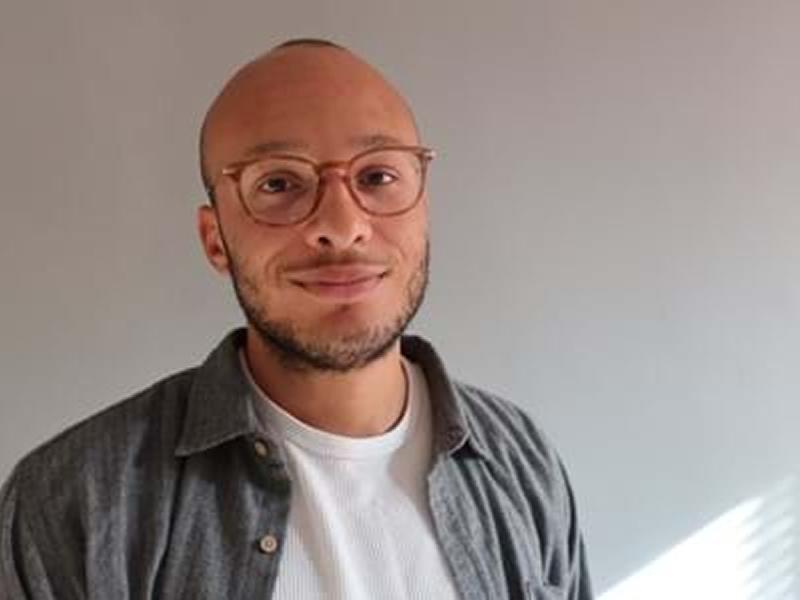 The legacy of the extraordinary wealth that Glasgow accumulated on the back of enslaved labour is woven into the city’s physical environment and material culture. In the 19th century, Glasgow’s connection to slavery was obscured. As a consequence there are few objects that directly relate to slavery in the city’s museums.

Greenwood’s remit as Curator (Legacies of Slavery & Empire) will include developing a programme of community engagement and collaborative research to reshape understandings of the connections between the slave trade and colonialism, and their contemporary legacies. Across Glasgow Museums, Greenwood will, with colleagues, curate new displays to clearly demonstrate the impact slavery and empire had on all aspects of the city. Working with local communities and existing specialist curators he will shape a public programme of talks, tours, handling sessions and other activities that reflects the legacies of slavery, empire, race and globalisation.

Greenwood brings with him over four years’ experience of using museum collections for collaboration and consultation. He recently worked in Visitor Studies at the Paisley Museum where he worked with community groups and organisations to inform interpretation, programming and developed community advisory panels. In this role he planned and delivered a Black History tour of Paisley Museum’s collection, which explored the town’s links to the slave trade. This built on previous experience of learning and outreach, including delivering Black History workshops with secondary school pupils in Manchester, Greenwood has also recently worked with CRER in a research role.

Having graduated with a degree BA in Ancient History and an MA in Heritage Studies from Newcastle University, he launched his career with the audience research agency, Morris Hargreaves McIntyre, before moving onto the Paisley Museum.

Recent museum projects highlight Glasgow Life’s commitment to telling this story and engaging with the communities that are part of its legacy.

A panel display was installed on the Gallery of Modern Art to highlight the building’s early history as a tobacco merchant’s mansion. Inside, Stones Steeped in History, is a permanent display installed on the balconies that directly addresses the history of the building that it is housed in.

A blog ‘Legacies of Slavery in Glasgow Museums and Collections’ (https://glasgowmuseumsslavery.co.uk) was launched to mark the UNESCO International Day for the Remembrance of the Slave Trade and its Abolition in 2018. Wider impacts of Glasgow’s history of Empire can also be seen at the GlaswegAsians exhibition at Scotland Street School Museum and Blockade Runners at Riverside Museum.

Curatorial research has been ongoing over many years and a collaborative PhD was appointed to research transatlantic slavery connections in the collection. While recent acquisitions represent another important way Glasgow Life has increased the visibility of BAME communities and supported black artists. Only this summer, with funding from the Contemporary Arts Society, GoMA was able to acquire works by Rabiya Choudhry.

Glasgow Life applied to Museums Galleries Scotland Museum Development Fund to enable them to appoint their first ever Curator (Legacies of Slavery & Empire).

Glasgow Museums is at the heart of Glasgow’s communities and is a major draw for visitors to the city supporting key city strategies and economic growth. In 2019/20 Glasgow Museums welcomed a record 4 million visitors to eight world class museums, a 7% increase compared to the previous year.

Nova revealed as winner of the 2020 Say Award

The 2020 winner of Scotland’s national music prize, The Scottish Album of the Year (SAY) Award, was revealed as Nova, the youngest ever winner, for her debut release ‘Re-Up’.

People saved by living kidney transplantation have given thanks to their donors and the NHS on the 60th anniversary of the first living kidney donation in the UK.

Innis & Gunn, the UK’s most recommended beer brand, has collaborated with photographer Olivier Barjolle to mark the launch of the latest limited-release beer: Quarter Cask Edition.

Princes Square is delighted to announce a new store opening - Glasgow independent lifestyle store, Ryan James Studio, will open on the ground floor of the iconic shopping centre this Saturday!

Scottish Book Trust has launched Book Week Scotland's 2020 programme, which focuses on the theme of Future.

Europe's largest winter music festival, Celtic Connections, has announced that the 2021 event will be going digital!