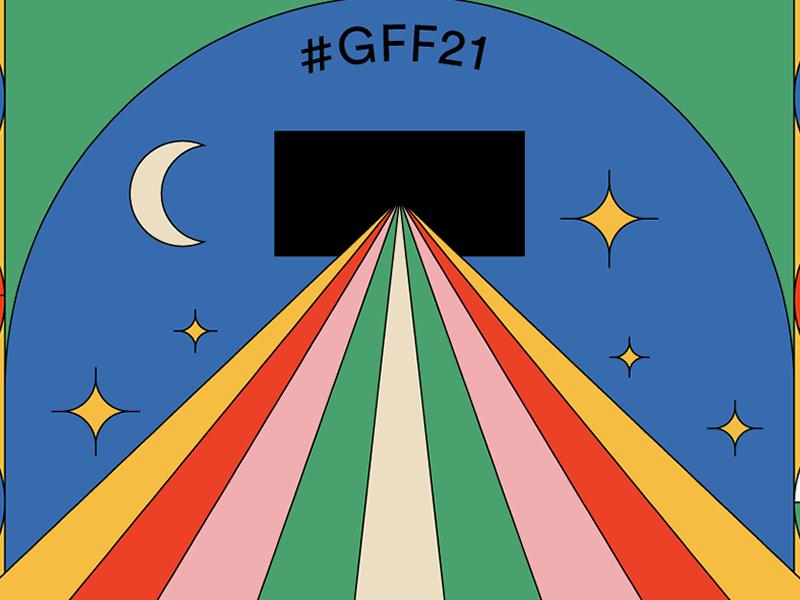 Our new year-round platform Glasgow Film At Home will go live for the first time later this month, bringing our Best of the Fest programme of films straight to audiences at home. The programme consists of four films that were big hits at GFF 2020, including our 2020 Audience Award Winner Arracht from director Tom Sullivan, set during the desperate times of the 1840s Irish potato famine, and Runar Runarsson’s Echo, which was part of our Icelandic Country Focus and explores a fragmented society at Christmas time. They are joined by The Long Walk from director Mattie Do which follows a Laotian hermit who travels back in time, and Matthew Rankin’s wildly inventive and highly stylised faux biopic The Twentieth Century.

Today, we also launch our GFF 2021 branding, which brings to life our focus on delivering the festival to audiences at home, as well as on cinema screens, and still firmly rooting the festival in the City of Glasgow. Although Glasgow Film Festival will naturally be different this year, we are creating new and innovative ways to bring great cinema to our audiences, and to conjure up the festival feeling at home. Glasgow is known as one of the world’s friendliest film festivals and our mix of cinema screenings, streaming and online events will help recreate this atmosphere for all our audiences.

GFF is one of the leading film festivals in the UK and run by Glasgow Film, a charity which also runs Glasgow Film Theatre (GFT). GFF is made possible by support from Screen Scotland, the BFI (awarding funds from the National Lottery), Glasgow Life and EventScotland, part of VisitScotland’s Events Directorate.

GFF 2020, held in February and March this year, had record audiences with more than 43,000 admissions, but we recognise that the 2021 edition must adapt to the new circumstances cinemas and festivals across the world are operating in. Making sure as many people as possible can access quality premieres from around the world, as well as the best new Scottish and UK releases, was a key consideration when planning the festival. The new blend of cinema screenings and at-home streaming means GFF can take place despite restrictions caused by Covid-19.

Find out more about Glasgow Film Festival at glasgowfilm.org/glasgow-film-festival/

From today until midnight on Wednesday 29th September, music fans can vote for their favourite Scottish album on this year’s Longlist at The SAY Award.

Brewer Innis & Gunn has added two extra sessions to their first ever 'Oktoberfresh' beer festival, due to demand for tickets from beer fans!