Scottish luxury ice-cream maker, Equi's, is set to spread some festive joy this December with their Ice Cream Christmas Fairy. 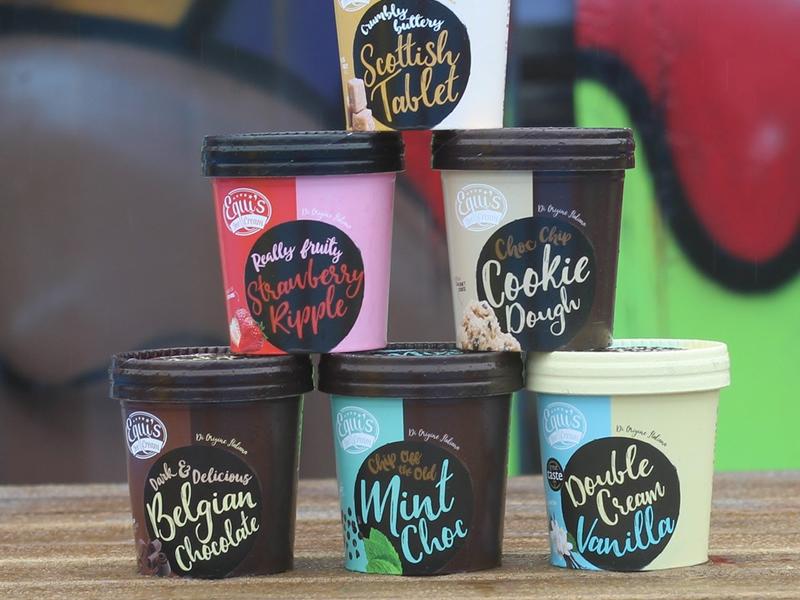 With many people spending lockdown on their own away from friends and families, artisan ice cream maker Equi's wants to make people feel good in a bid to tackle loneliness.

The Equi’s Ice Cream Christmas Fairy will sprinkle some kindness this Christmas to lucky nominees' homes, workplaces or schools on Wednesday 16th December gifting complimentary tubs of ice cream with her magic wand.

They are inviting nominations from across Glasgow and the surrounding areas on their Facebook page for anyone who deserves to receive an award-winning treat from Equi’s ice cream.

The top manufacturer aims to give away 100s of product across their full range which includes their multi-award-winning Vanilla Double Cream, locally-sourced Strawberry Ripple and Scottish Tablet, alongside their classic Chip Off The Old Mint Choc, made with irresistible dark Belgian chocolate chips, local whole milk, double cream and fresh mint.

Alex Equi, marketing assistant at Equi’s Ice Cream, explains: “Christmas is about giving and we wanted to spread some much needed festive cheer across the central belt. It’s a small token of our appreciation to our customers over the last year and our fairy can’t wait to sprinkle some magic dust this December”

“We’d love to treat your family, friends, favourite business, care home, NHS worker or anyone who you think deserves a scoop or two of happiness.”

To nominate an individual, workplace, school, care home, NHS department or family or friends, simply enter on their Facebook page or Instagram page and Equi’s will take care of the rest.