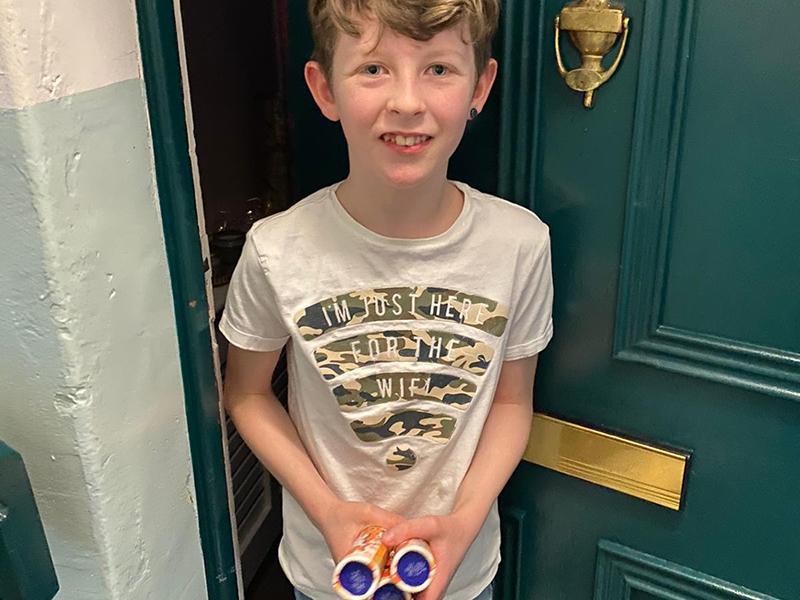 With schools across the city shut down to protect pupils, families and teachers, the community run housing association has used a grant from the Wee Community Grants Fund (WEE-G) to buy and distribute a selection of sweets to 370 children as they tackle home-schooling.

The WEE-G was set up by the North East Health Improvement Team following a surplus of funding due to programmes being cancelled throughout the year because of Covid-19. The project which is focused on supporting smaller community groups which may be excluded from more established funding routes due to their small size, awarded WHA with £500 to spend within the community.

Home learning and parent-led teaching is an additional pressure amidst what is already a challenging time for families in Glasgow so it is hoped these deliveries will boost the mood of those who receive them. WHA also used the fund to deliver 68 boxes of biscuits to elderly residents on the run up to Christmas before the new restrictions were implemented following the festive season.

The WHA team have been busy selecting and packing up the perfect mix of sweets for the children, divvying up 157 tubes of giant Smarties, 161 boxes of Malteasers, 28 boxes of jelly sweets, and much more, to be delivered to local pupils.

“With this in mind, we decided to use the WEE-G grant to try bring some much-needed cheer to the families in our community, and what better place to start than with chocolate!

“Our ambition is to improve the lives of those who live in Wellhouse and we have big plans laid out to achieve these in 2021, from further improvements in the community to stakeholder engagement – it’s set to be a big year once restrictions allow, but until then, we hope the selection boxes can put a smile on the faces of those who receive them.”