Lockdown is ending and The Drive In Cinema is returning! 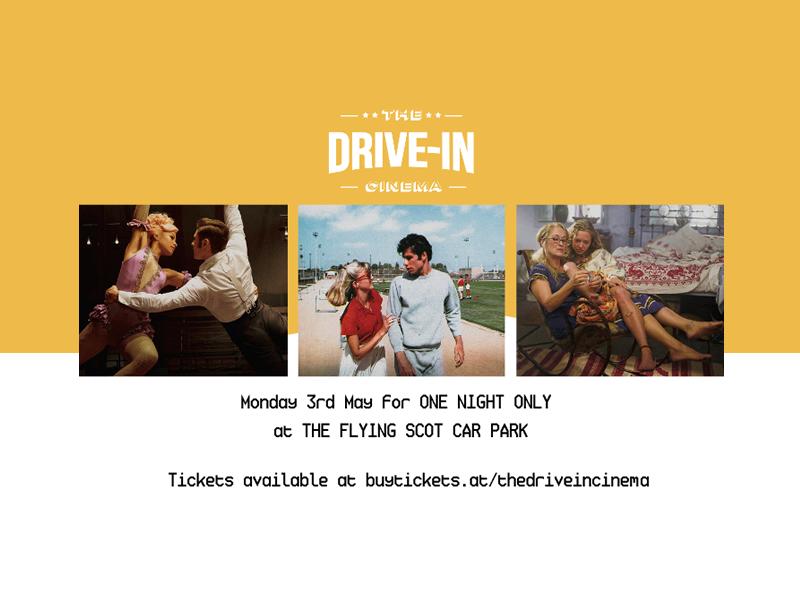 Coming to Glasgow in May, the musical film feast will lift the curtain on 42 movies, across fourteen events in twelve cities - entertaining 15,000 people in the lead up to Summer in a safe and socially-distanced setting.

Tickets for The Drive-In Cinema are on sale now and can be purchased online priced at £32.00 per car. As well as a soaring cinema screen, event-goers can also look forward to slap-up street food and additional entertainment, including interactive quizzes and live comedy.

Callum Campbell, founder of The Drive-In Cinema, said: “We are so excited to be taking the best musical sing-a-long movies of all time on tour across the UK, and to give people something to look forward to. The Drive-In Cinema is a truly magical movie experience and a brilliant event for all the family - the perfect combination of nostalgia, novelty and entertainment.”

“It’s been a tough time for event promoters, but we are grateful to have created an event that is Covid-proof and that can go ahead in just a months time - unlike many events that have been forced to cancel. What The Drive-In Cinema promises is a socially distanced environment, but with plenty of fun and joy for everyone.”

Glasgow film lovers can look forward to a bumper schedule of feel-good movies, shown on the 100m squared screen at Flying Scot Car Park, including: Mamma Mia, The Greatest Showman and Grease.

Established in 2020, The Drive-In Cinema is already one of the UK’s leading car-based events companies. Following a successful Summer and Christmas season of late-night movie showings, this will be the company’s first ever Spring tour and largest run of drive-in events.