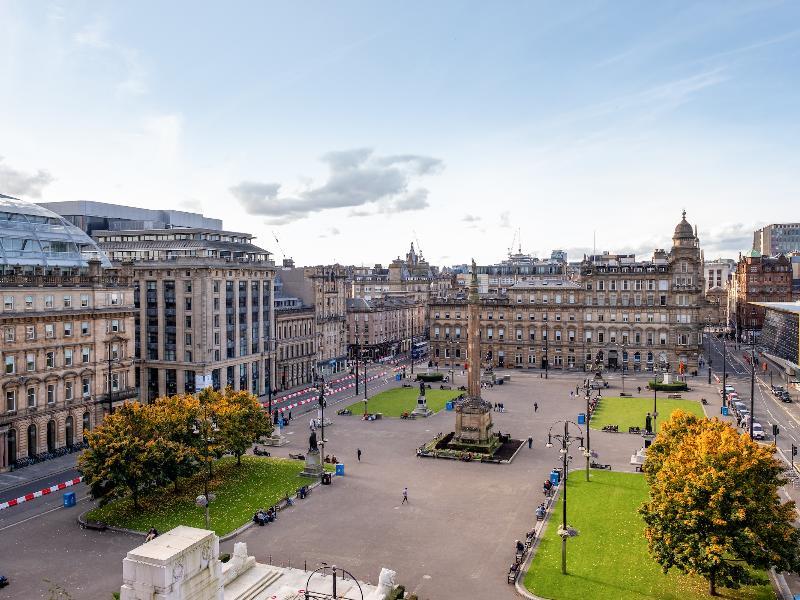 Alongside the development of a new design for George Square, Glasgow's principal civic and cultural space, the George Square Area Strategy project will include the George Street and St Vincent Street / Place Avenues, as well as John Street, Dundas Street, Dundas Lane, and a new high-quality pedestrian link from Queen Street Station to Argyle Street, passing through the square, Hanover Street and Miller Street.

91 expressions of interest in - and 17 submissions for - the design contract were made, with a shortlist of seven teams going to a final consideration on the criteria of quality and price before John McAslan and Partners were selected with a score of 92.39%.

The £2.293million contract award sees the appointment of a consultant and a multi-disciplinary team who will provide full staged design services in accordance with current RIBA stages 0-4 (preparation to technical design). The team will also provide on-going design and technical support during RIBA stages 5-7 (the construction period).

The redesign of George Square will factor in Glasgow's hosting of major events in the coming years, including COP26 and the UCI Cycling World Championships, with construction work beginning shortly after the latter in the summer of 2023.

This project offers a unique opportunity to reimagine George Square and to consider it in the context of being part of a number of civic spaces in the city centre. The design strategy will also take into account the findings of the 2019 public consultation on the future of the square.

The project will also look to develop a sustainable connection between George Square and Queen Street Station, delivering the necessary accessibility and servicing requirements with appropriate public transport and active travel facilities and infrastructure. The scope of works for the project will be established as the design process progresses, with detail to be developed through a further process of analysis and public engagement with a wide variety of key stakeholder groups.

During the work on this project, attention will be paid to the servicing of the neighbourhoods' shops, businesses, residential developments, refuse collection facilities, and so on, with local access for residents being maintained.

In addition, the delivery of the George Square Area Project will be monitored by a cross-party group which will review the project as it develops.

There will now be a 10-day standstill period before the design contract for the project is awarded.

More information on the Avenues programme - the biggest of its kind in the UK - is available at: www.glasgowcitycentrestrategy.com. The Avenues will be a network of new, attractive, accessible, safe, sustainable and easily-maintained routes throughout the city centre that are people-focused and encourage active travel.

In October 2020, it was announced that Sustrans would - through the Avenues Plus project - provide an additional £21.3million funding for five additional Avenues, with these connecting the city centre to communities on its fringes.